What Works (and Doesn't) in Reducing Recidivism 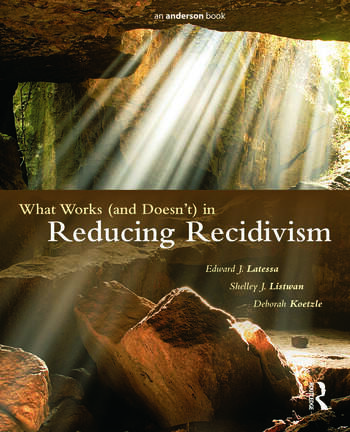 What Works (and Doesn't) in Reducing Recidivism

This book offers criminologists and students an evidence-based discussion of the latest trends in corrections. Over the last several decades, research has clearly shown that rehabilitation efforts can be effective at reducing recidivism among criminal offenders. However, researchers also recognize that treatment is not a "one size fits all" approach. Offenders vary by gender, age, crime type, and/or addictions, to name but a few, and these individual needs must be addressed by providers. Finally, issues such as leadership, quality of staff, and evaluation efforts affect the quality and delivery of treatment services. This book synthesizes the vast research for the student interested in correctional rehabilitation as well as for the practitioner working with offenders. While other texts have addressed issues regarding treatment in corrections, this text is unique in that it not only discusses the research on "what works" but also addresses implementation issues as practitioners move from theory to practice, as well as the importance of staff, leadership and evaluation efforts.

Edward J. Latessa received his Ph.D. from the Ohio State University in 1979 and is a Professor and Director of the School of Criminal Justice at the University of Cincinnati. Dr. Latessa has published more than 150 works in the area of criminal justice, corrections, and juvenile justice. He is co-author of seven books including Corrections in the Community and What Works (and Doesn't) in Reducing Recidivism. Dr. Latessa has directed more than 150 funded research projects including studies of day reporting centers, juvenile justice programs, drug courts, prison programs, intensive supervision programs, halfway houses, and drug programs. He and his staff have also assessed more than 600 correctional programs throughout the United States, and he has provided assistance and workshops in more than 45 states. Dr. Latessa served as President of the Academy of Criminal Justice Sciences (1989-90).

Shelley Johnson Listwan is an associate professor in the Department of Criminal Justice and Criminology at the University of North Carolina Charlotte. Prior to this, she held a position as an assistant professor at the University of Nevada Las Vegas and an associate professor at Kent State University. She received her Ph.D. in Criminal Justice from the University of Cincinnati in 2001. She has authored an Introduction to Juvenile Justice text and numerous articles, book chapters, and technical reports on the topics of problem solving courts, re-entry, victimization, and correctional rehabilitation. Dr. Listwan has directed a number of funded research projects and serves as a consultant to several state, local, and national agencies in an effort to improve assessment practices and the effectiveness of community-based interventions for offenders.