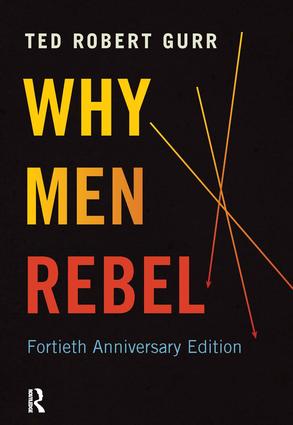 Why Men Rebel was first published in 1970 after a decade of political violence across the world. Forty years later, serious conflicts continue in Africa, Asia and the Middle East. Ted Robert Gurr reintroduces us to his landmark work, putting it in context with the research it influenced as well as world events. Why Men Rebel remains highly relevant to today's violent and unstable world with its holistic, people-based understanding of the causes of political protest and rebellion. With its close eye on the politics of group identity, this book provides new insight into contemporary security challenges.

Praise for the Original Edition

“The most important book that has been published on social violence in a good number of years. . . .a superb piece of work.”

--Lewis A. Coser in The New York Times Book Review

“Likely to last a long time.”

“A rare, perhaps unique example of systematic empirical theory in political science…the book stands as an important contribution to social science theory in general and to the theory of violence in particular, as well as the single most complete and comprehensive statement on the topic in the literature.”