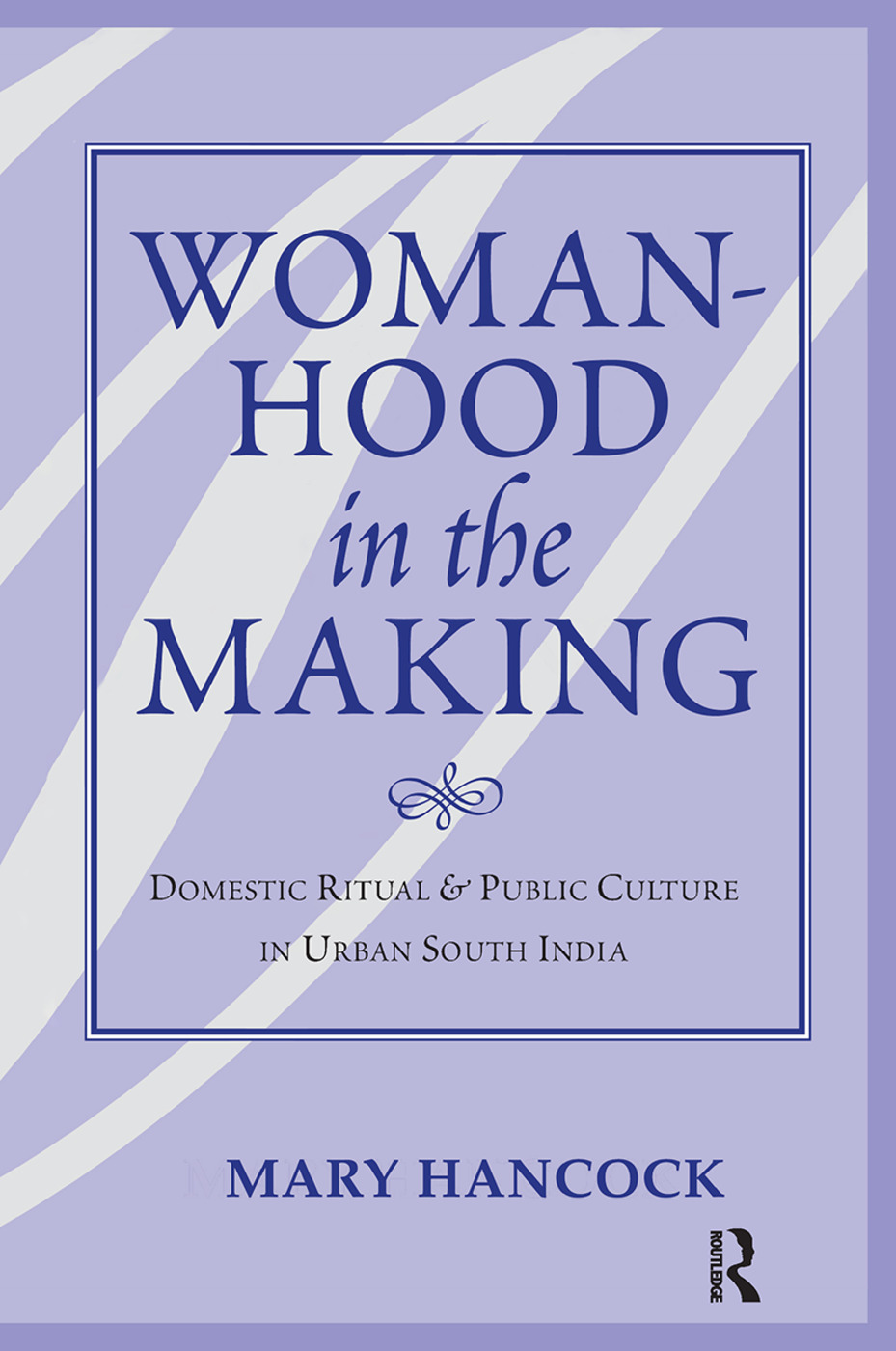 Womanhood In The Making

In this book, Mary Hancock challenges readers to rethink the notions of tradition and modernity that have figured centrally in anthropological discussions of social change in South Asia. She shows tradition and modernity to be categories created, deployed, and objectified by Tamil Brahmans as they produce their own class, gender, national, and sect

Part 1: Introduction, Prologue: Making and Unmaking the "Great Tradition", Tradition, Modernity, and Their Gendered Places, Domestic Ritual and Its Practice, Feminisms, The Public Culture of Domestic Rituat, About the Book, Part 2: Elite Cultures and Hybrid Modernities, Brokering Culture for the Nation, Caste, Culture, and Modernity, Smarta Brahmans in Chennai: Historical Roots of Contemporary "Middleness," Elite Identity and Postcolonial Cultural Politics, Smartas As Cultural Brokers, Conclusion, The Moral Etiquette of Everyday Hinduism, Everyday Hinduism, The Domestic Interior, Conclusion: Cultural Logics of Consumption, Part 3: The World in the Home, The Ritualization of Womanhood, Ritual Time, The Life Course Imagined, Negotiating Normativity, Temporality and Womanhood, Conclusion: Womanhood's Contradictions, The Uncertain Subject(s) of Womanhood, The Goddess and Her Servants, Improvised Lives, Part 4: The Home in the World, Hinduism and the Spaces of Modernity, Hindu Temples and the "Public Sphere," Temples As Contested Public Spaces, Religion and Urban Life, Urban Places and Female Spaces, Parvati, Rajalakshmi, Conclusion, Hindu Culture for an Indian Nation, Hindutva Goes South, Consenting to What?, Jan Kalyan As a Discourse of Hindu Nationalism, Bringing the Nation Home, Tradition Revisited, Navarattiri in a New Key, The Contest, Ethnographies and Feminisms

Mary Hancock is assistant professor of anthropology at the University of California at Santa Barbara.