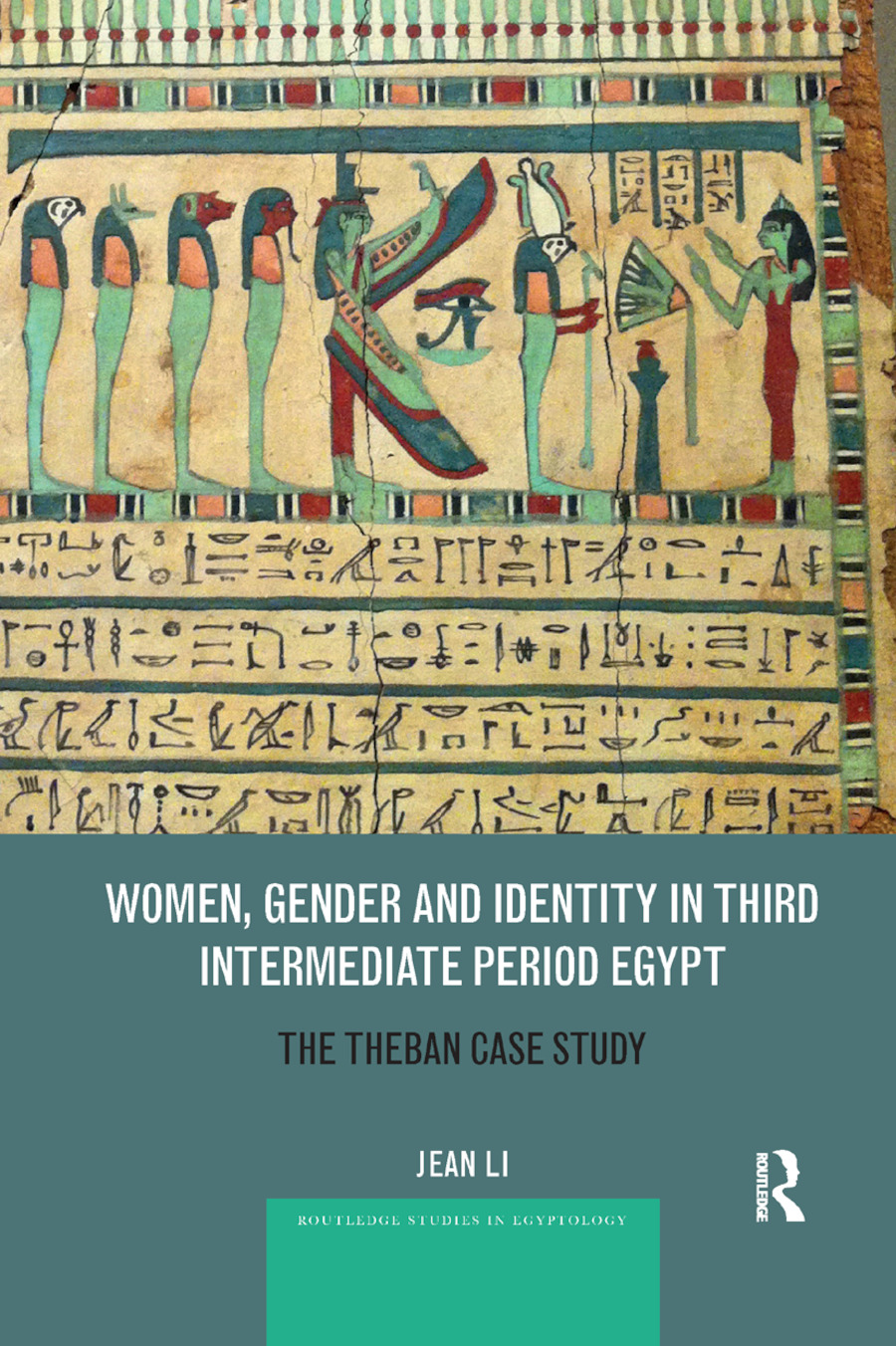 Women, Gender and Identity in Third Intermediate Period Egypt clarifies the role of women in Egyptian society during the first millennium BCE, allowing for more nuanced discussions of women in the Third Intermediate Period. It is an intensive study of a corpus that is both geographically and temporally localized around the city of Thebes, which was the cultural and religious centre of Egypt during this period and home to a major national necropolis. Unlike past studies which have relied heavily on literary evidence, Li presents a refreshing material culture-based analysis of identity construction in elite female burial practices. This close examination of the archaeology of women’s burial presents an opportunity to investigate the social, professional and individual identities of women beyond the normative portrayals of the subordinate wife, mother and daughter.

Taking a methodological and material culture-based approach which adds new dimensions to scholarly and popular understandings of ancient Egyptian women, this fascinating and important study will aid scholars of Egyptian history and archaeology, and anyone with an interest in women and gender in the ancient world.

Chapter One: Tradition, Innovation and a Search for Egyptian Identity in the Third Intermediate Period

Chapter Three: Materiality, Memory and the Mortuary Landscape of Thebes

Conclusion: Women, Gender and Status in Thebes of the 8th-6th Centuries BCE

Jean Li is Assistant Professor in the Department of History at Ryerson University, Canada. Her research focuses on Egyptian art and archaeology in the first millennium BCE, and she is especially interested in using recent anthropological and archaeological theories to study ancient cultural products.