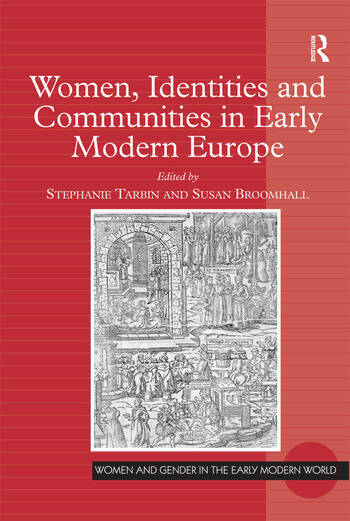 Addressing a key challenge facing feminist scholars today, this volume explores the tensions between shared gender identity and the myriad social differences structuring women's lives. By examining historical experiences of early modern women, the authors of these essays consider the possibilities for commonalities and the forces dividing women. They analyse individual and collective identities of early modern women, tracing the web of power relations emerging from women's social interactions and contemporary understandings of femininity. Essays range from the late medieval period to the eighteenth century, study women in England, France, Germany, Ireland, Italy, and Sweden, and locate women in a variety of social environments, from household, neighbourhood and parish, to city, court and nation. Despite differing local contexts, the volume highlights continuities in women's experiences and the gendering of power relations across the early modern world. Recognizing the critical power of gender to structure identities and experiences, this collection responds to the challenge of the complexity of early modern women's lives. In paying attention to the contexts in which women identified with other women, or were seen by others to identify, contributors add new depth to our understanding of early modern women's senses of exclusion and belonging.

Stephanie Tarbin is Research Fellow and Susan Broomhall is Associate Professor both in the School of Humanities at The University of Western Australia.

'The authors examine moments of shared gender identity as well as recognize the differences between women; and they analyze how notions of community could both result in solidarity as well as exclusions and divisions between women ... impressive in pulling together new and exciting work on a variety of topics, such as the meaning of neighborhood for women of the gentry class and the role of elite women as preservers and creators of courtly ritual ... makes an original contribution by arguing how community and identity constitute power relationships.' Amy Froide, University of Maryland, Baltimore County, author of Never Married: Singlewomen in Early Modern England

’The Introduction is strongly footnoted, with a number of relevant sources. The collection is well-edited, including a good, and up-to-date, select bibliography on the themes of the volume. The notes are thorough and there is also an index. This is a fine example of current work in feminist Early Modern scholarship. I strongly recommend it to students and specialists alike.’ Parergon

’The volume is a valuable addition to our knowledge of women's lives and self-perceptions in the early modern period and also has much that will be useful and thought-provoking to readers pursuing questions about how gender structured women's experiences of identity and community in other times and places as well.’ Sixteenth Century Journal