Women, Judging and the Judiciary
From Difference to Diversity 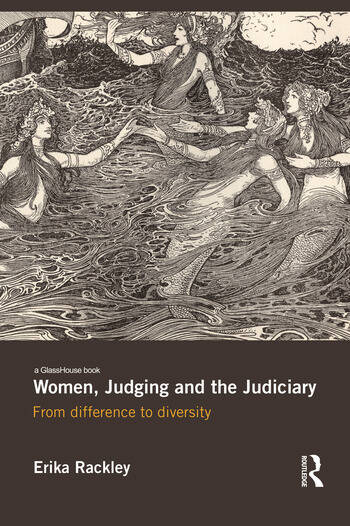 Women, Judging and the Judiciary: From Difference to Diversity

Women, Judging and the Judiciary examines debates about gender representation in the judiciary and the importance of judicial diversity. It offers a fresh look at the role of the (woman) judge and the process of judging and provides a new analysis of the assumptions which underpin and constrain debates about why we might want a more diverse judiciary, and how we might get one.

Through a theoretical engagement with the concepts of diversity and difference in adjudication, Women, Judging and the Judiciary contends that prevailing images of the judge are enmeshed in notions of sameness and uniformity: images which are so familiar that their grip on our understandings of the judicial role are routinely overlooked. Failing to confront these instinctive images of the judge and of judging, however, comes at a price. They exclude those who do not fit this mould, setting them up as challengers to the judicial norm. Such has been the fate of the woman judge. But while this goes some way to explaining why, despite repeated efforts, our attempts to secure greater diversity in our judiciary have fallen short, it also points a way forward. For, by getting a clearer sense of what our judges really do and how they do it, we can see that women judges and judicial diversity more broadly do not threaten but rather enrich the judiciary and judicial decision-making. As such, the standard opponent to measures to increase judicial diversity – the necessity of appointment on merit – is in fact its greatest ally: a judiciary is stronger and the justice it dispenses better the greater the diversity of its members, so if we want the best judiciary we can get, we should want one which is fully diverse.

Women, Judging and the Judiciary will be of interest to legal academics, lawyers and policy makers working in the fields of judicial diversity, gender and adjudication and, more broadly, to anyone interested in who our judges are and what they do.

Erika Rackley is a Professor of Law at Durham University, UK. She is co-author, with Kirsty Horsey, of Tort Law (Oxford University Press, 2nd edn, 2011) and co-editor, with Rosemary Hunter and Clare McGlynn, of Feminist Judgments: From Theory to Practice (Hart Publishing, 2010) and, with Janice Richardson, of Feminist Perspectives on Tort Law (Routledge: 2012).

"... the qualitative examples that are contained in the book are englightening and do engage the reader." - Bobbie A. Walker, St. Catherines ON