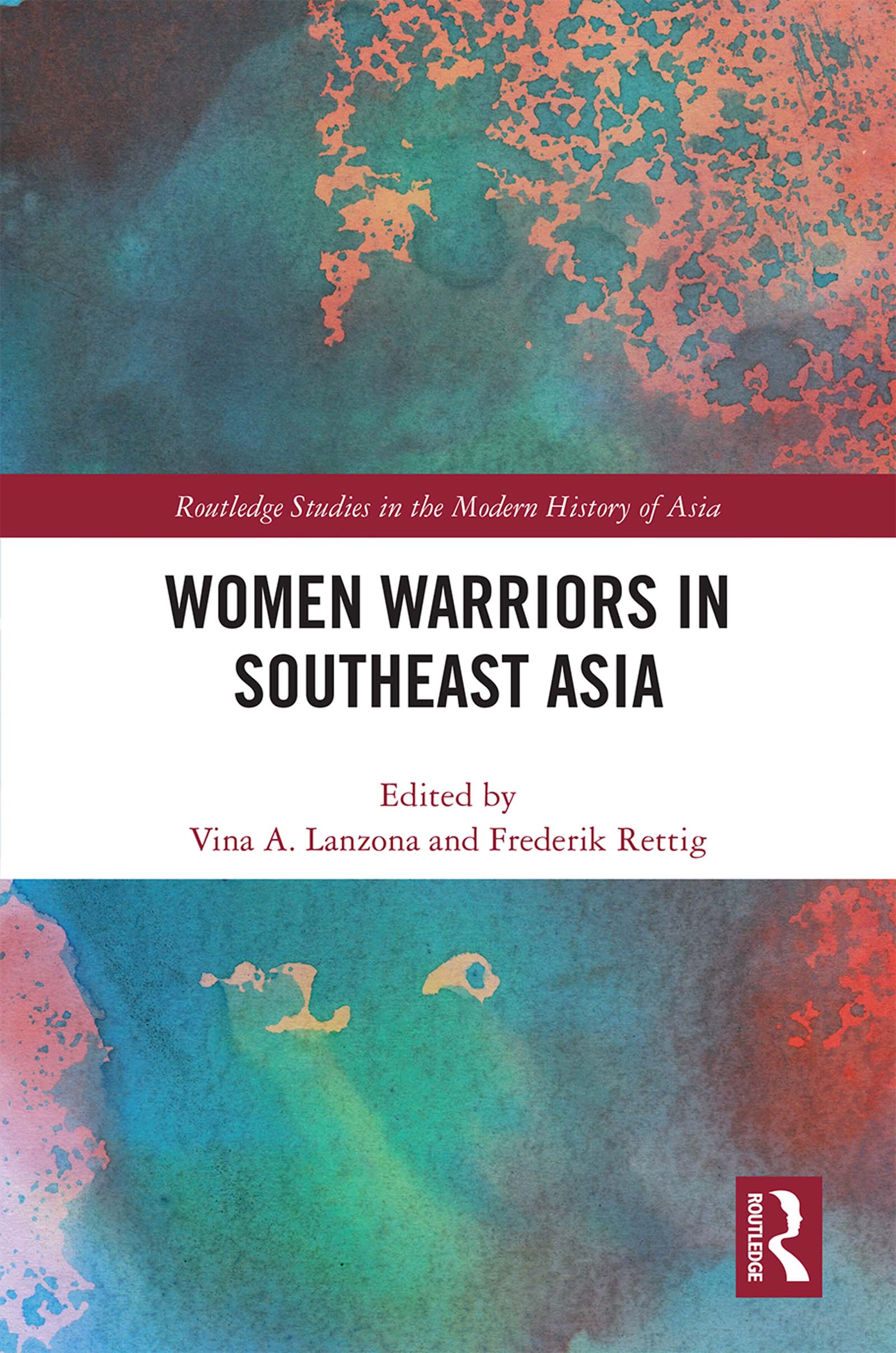 This book brings together a wide range of case studies to explore the experiences and significance of women warriors in Southeast Asian history from ancient to contemporary times.

Using a number of sources, including royal chronicles, diaries, memoirs and interviews, the book discusses why women warriors were active in a domain traditionally preserved for men, and how they arguably transgressed peacetime gender boundaries as agents of violence. From multidisciplinary perspectives, the chapters assess what drove women to take on a variety of roles, namely palace guards, guerrillas and war leaders, and to what extent their experiences were different to those of men. The reader is taken on an almost 1,500-year long journey through a crossroads region well-known for the diversity of its peoples and cultures, but also their ability to creatively graft foreign ideas onto existing ones. The book also explores the re-integration of women into post-conflict Southeast Asian societies, including the impact (or lack thereof) of newly established international norms, and the frequent turn towards pre-conflict gender roles in these societies.

Written by an international team of scholars, this book will be of interest to academics working on Southeast Asian Studies, Gender Studies, low-intensity conflicts and revolutions, and War, Conflict, and Peace Studies.

VINA A. LANZONA AND FREDERIK RETTIG

4 The Regio Femarum and its warrior women: images and encounters in European sources

5 Geisha warriors? The incomparable prajurit estri at the court of Mangkunĕgara I

Southeast Asian women warriors and revolutionaries in the modern period

9 Women guerrillas of the Communist Party of Malaya: Nationalist struggle with an internationalist experience

10 Love and sex in times of war and revolution: women warriors in Vietnam and the Philippines

The United Nations, Security Sector Reform (SSR), and the gendering of Disarmament, Demobilisation and Reintegration (DDR)

11 The aftermath for women warriors: Cambodia and East Timor

13 Rethinking the historical place of ‘warrior women’ in Southeast Asia

Vina A. Lanzona is Associate Professor of History and the Former Director of the Center for Philippine Studies (2011–2015) at the University of Hawai’i at Manoa. Author of Amazons of the Huk Rebellion: Gender, Sex and Revolution in the Philippines (2009), she is currently working on two book projects: on the participation of Filipinos and Filipino Americans in the Spanish Civil War (1936–1939) and the social history of marriage in the Spanish Philippines.

is co-editor of Colonial Armies in Southeast Asia (Routledge, 2005) and Armies and Societies in Southeast Asia (2020). He has published in the Journal of Vietnamese Studies and in South East Asia Research, including a special issue in the latter. From 2007 to 2013, he was an Assistant Professor in the School of Social Sciences at Singapore Management University.