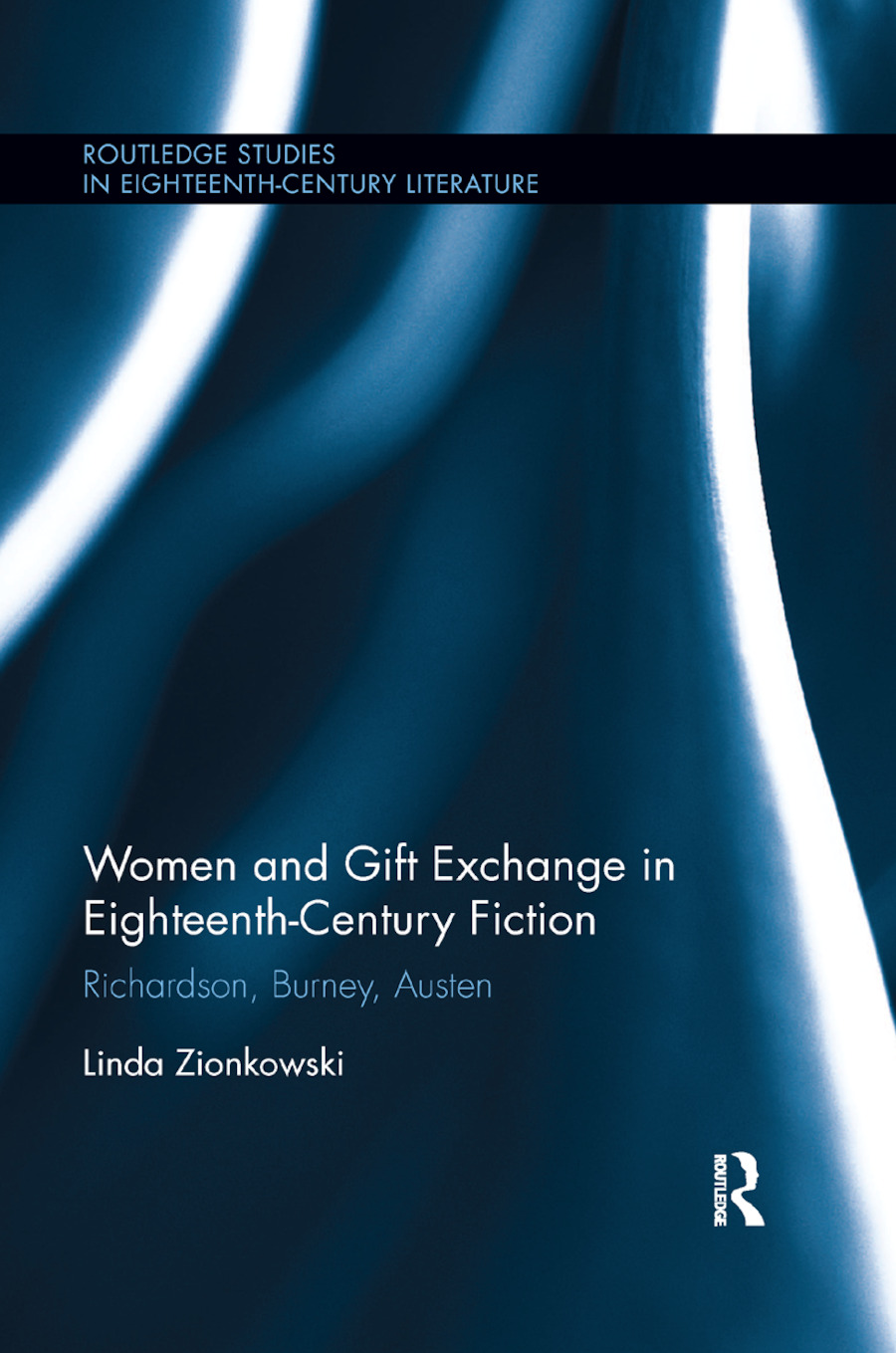 This book analyzes why the most influential novelists of the long eighteenth century centered their narratives on the theory and practice of gift exchange. Throughout this period, fundamental shifts in economic theories regarding the sources of individual and national wealth along with transformations in the practices of personal and institutional charity profoundly altered cultural understandings of the gift's rationale, purpose, and function. Drawing on materials such as sermons, conduct books, works of political philosophy, and tracts on social reform, Zionkowski challenges the idea that capitalist discourse was the dominant influence on the development of prose fiction. Instead, by shifting attention to the gift system as it was imagined and enacted in the formative years of the novel, the volume offers an innovative understanding of how the economy of obligation shaped writers' portrayals of class and gender identity, property, and community. Through theoretically-informed readings of Richardson's Clarissa and Sir Charles Grandison, Burney's Cecilia and The Wanderer, and Austen's Mansfield Park and Emma, the book foregrounds the issues of donation, reciprocity, indebtedness, and gratitude as it investigates the conflicts between the market and moral economies and analyzes women's position at the center of these conflicts. As this study reveals, the exchanges that eighteenth-century fiction prescribed for women confirm the continuing power and importance of gift transactions in the midst of an increasingly commercial culture. The volume will be essential reading for scholars of the eighteenth-century novel, economic literary criticism, women and gender studies, and book history.

Introduction: The Novel and the Gift

1. Clarissa and the Hazards of the Gift

3. Three: The Gift and the Market in Cecilia

4. The Gift and the Nation in The Wanderer

5. Transforming the Gift in Mansfield Park

Conclusion: "Nothing better that I can do in the world"

Linda Zionkowski is Professor of English at Ohio University, where she teaches eighteenth-century British literature. Her publications include Men's Work: Gender, Class, and the Professionalization of Poetry, 1660-1784; The Culture of the Gift in Eighteenth-Century England (with Cynthia Klekar); and most recently, articles on the musical culture of Jane Austen.