Women at the Threshold of Globalisation 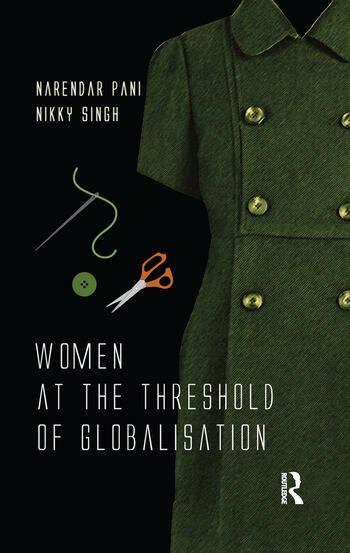 Women at the Threshold of Globalisation

The popular perception of globalisation is rooted in its image of dissolving senses of distance and boundaries. It is so preoccupied with the technology that enables globalisation that little attention is paid to questions of ‘how’ and ‘where’ the circuits of globalisation actually get realised.

This book attempts a more nuanced view of globalisation by focusing on its less-explored, non-technological dimensions. It examines the transformation of the woman worker — from a rural woman to an urban one, from a dependent daughter, wife and mother to an earning member, and from a homemaker to a factory worker, and the attendant transformation of the home into a base for migrant workers.

None of these transformations is absolute, as the woman worker continues to play the traditional roles of wife and mother at home alongside fulfilling her responsibilities at work. In the process of negotiating boundaries in the village, city, home, and global factory, she confronts a reality that she fears because of its unfamiliarity, coping with which necessarily entails falling back on her kin networks — institutions that are rarely seen as enablers of globalisation, although they play a critical role in determining how globalisation is sustained.

Focusing on such workers in Bangalore, a city otherwise known for its IT industry, the book examines the global garment circuit, especially the institutions and processes outside the workplace that influence how the global circuit is completed. It will appeal to those in economics, sociology, gender studies, urban studies, as well as to those interested in issues relating to globalisation.

Acknowledgement 1. Boundaries of Globalization 2. A Resource Centre in a Global Circuit 3. The Woman in the Worker 4. Migrating to Work 5. The Factory Gate as a Border Post 6. Living beyond the Boundary 7. Falling back on Identity 8. Missing Pieces. About the Authors. Index