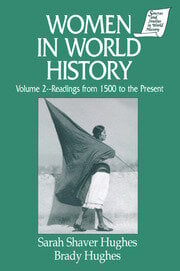 This work is one of two volumes presenting selected histories from Asia, Africa, Europe and the Americas. It discusses issues within a female context and features political and economic issues, marriage practices, motherhood and enslavement, religious beliefs and spiritual development.

The airwaves in America are being used by armed militias, conspiracy theorists, survivalists, the religious right, white supremacists, neo-Nazis, and other radical groups to reach millions with their messages of hate and fear. Waves of Rancor examines the origin, nature, and impact of right-wing electronic media, including radio, television, cable, the internet, and even music CDs.