Women in the Middle East and North Africa
Agents of Change 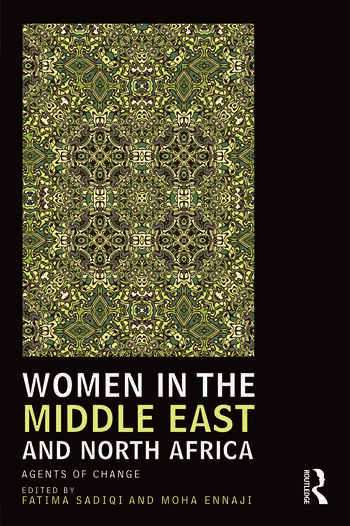 Women in the Middle East and North Africa: Agents of Change

This book examines the position of women in the contemporary Middle East and North Africa (MENA) region. Although it is culturally diverse, this region shares many commonalities with relation to women that are strong, deep, and pervasive: a space-based patriarchy, a culturally strong sense of religion, a smooth co-existence of tradition and modernity, a transitional stage in development, and multilingualism/multiculturalism.

Experts from within the region and from outside provide both theoretical angles and case studies, drawing on fieldwork from Egypt, Oman, Palestine, Israel, Turkey, Iran, Tunisia, Algeria, Morocco, and Spain. Addressing the historical, socio-cultural, political, economic, and legal issues in the region, the chapters cover five major aspects of women’s agency:

Bringing to light often marginalized topics and issues, the book underlines the importance of respecting specificities when judging societies and hints at possible ways of promoting the MENA region. As such, it is a valuable addition to existing literature in the field of political science, sociology, and women’s studies.

Fatima Sadiqi is Professor of Linguistics and Gender Studies at the University of Fez, Morocco. A former Fulbright Scholar and recipient of a Harvard Fellowship, she has written a number of books and is a UN Gender Expert.

Moha Ennaji is Professor at the University of Fez and a Visiting Professor at Rutgers University. He is the author and/or editor of numerous books and articles on culture and gender studies in North Africa.

"This book makes an important contribution towards understanding women’s status in contemporary Middle East and North African (MENA) countries... This book successfully encapsulates the diversity and similarity in women’s status and the response of the state in MENA countries. It also addresses the convergence of various feminist strands within the MENA region and generates a dynamic debate on women within Islam." - Keerty Nakray, OP Jindal Global University, New Delhi, India; Journal of Human Development and Capabilities: A Multi-Disciplinary Journal for People-Centered Development, 13:4, 625-626