Women's Football in the UK
Continuing with Gender Analyses 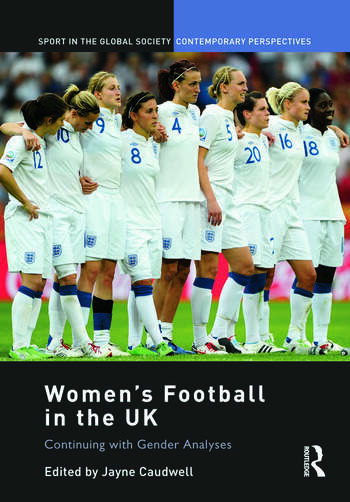 Women's Football in the UK: Continuing with Gender Analyses

This book examines the complex ways in which girls and women experience football cultures in Britain. It extends current debate surrounding women and football (namely, how gender has functioned to shape women’s experiences of playing the game), by focusing on organisational, administrative and coaching practices, alongside the particular issues surrounding sexuality, ethnicity and disability (not only gender).

The book analyses football and gender to reveal the subtle forms of discrimination that persist. It is important to highlight the many challenges and transformations made by girls and women but more importantly to consider the ways power continues to operate to devalue and undermine girls and women involved in the game. The UK-based authors make use of their recent research findings to offer critical debate on girls’ and women’s current experiences of British football cultures. Overall the book reveals the present day complexities of marginalisation and exclusion.

This book was published as a special issue of Sport and Society.

1. Reviewing UK football cultures: continuing with gender analyses  Jayne Caudwell  2. Gender, feminism and football studies  Jayne Caudwell  3. ‘I don’t think I can catch it’: women, confidence and responsibility in football coach education  Beth Fielding-Lloyd and Lindsey Meân  4. Tokenism, ties and talking too quietly: women’s experiences in non-playing football roles  Jo Welford  5. ‘Who wants to make aloo gobi when you can bend it like Beckham?’ British Asian females and their racialised experiences of gender and identity in women’s football  Aarti Ratna  6. ‘I’m into high heels and make up but I still love football’: exploring gender identity and football participation with preadolescent girls  Ruth Jeanes  7. ‘It seems really inclusive in some ways, but … inclusive just for people who identify as lesbian’: discourses of gender and sexuality in a lesbian-identified football club  Scarlett Drury  8. British football: where are the Muslim female footballers? Exploring the connections between gender, ethnicity and Islam  Aisha Ahmad  9. Girls with learning disabilities and ‘football on the brain’  Annette Stride and Hayley F. Fitzgerald

Jayne Caudwell is Senior Lecturer in Sport Studies at the University of Brighton, UK. Her publications include Sport, Sexualities and Queer/Theory (also published by Routledge); and, as co-editor, Women, Football and Europe; Relocating the Leisure Society: Media, Consumption and Spaces, and Sport, Active Leisure and Youth Cultures.