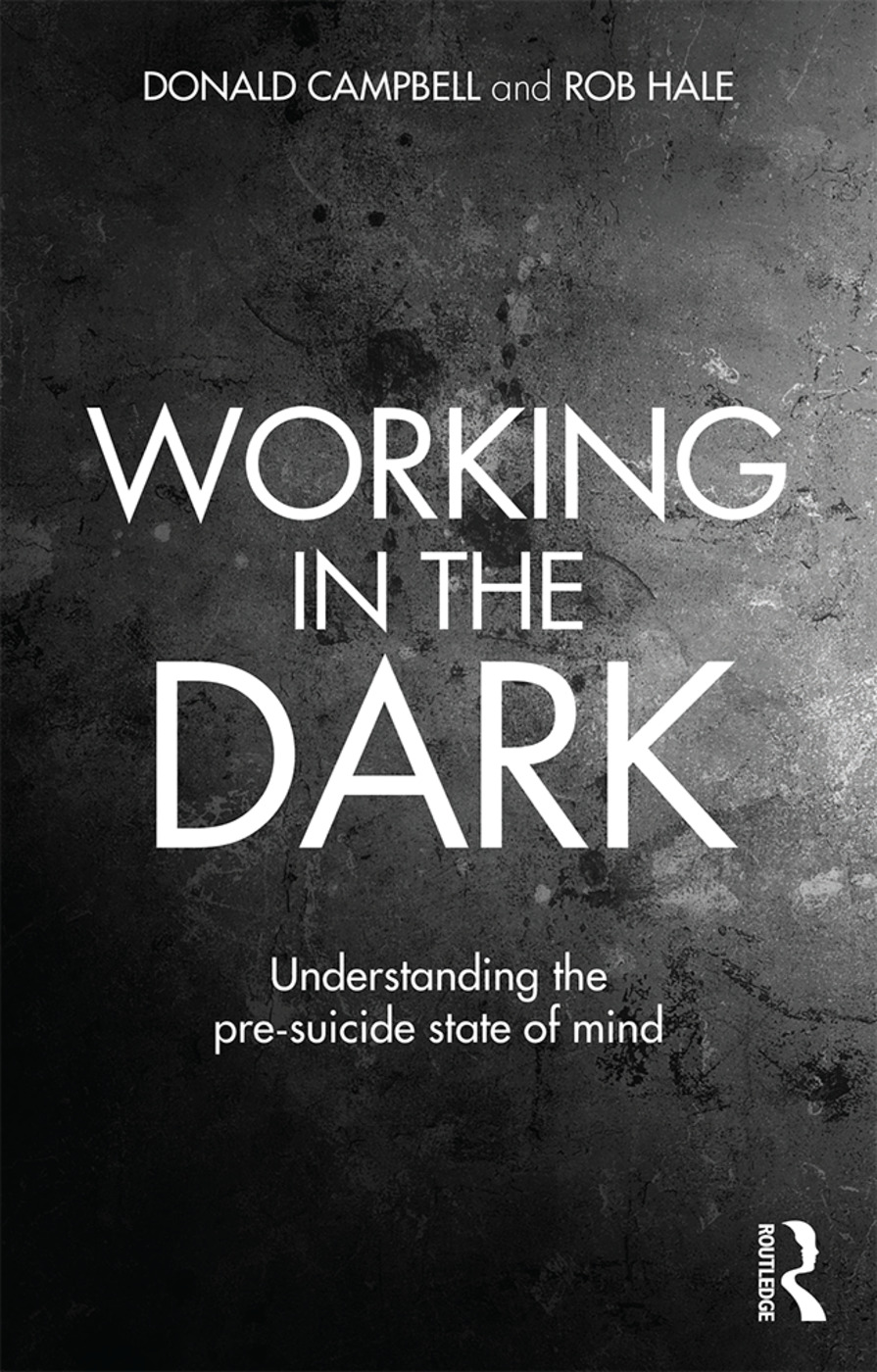 Working in the Dark

Working in the Dark focuses on the authors’ understanding of an individual’s pre-suicide state of mind, based on their work with many suicidal individuals, with special attention to those who attempted suicide while in treatment. The book explores how to listen to a suicidal individual’s history, the nature of their primary relationships and their conscious and unconscious communications.

Campbell and Hale address the searing emotional impact on relatives, friends and those involved with a person who tries to kill themself, by offering advice on the management of a suicide attempt and how to follow up in the aftermath. Establishing key concepts such as suicide fantasy and pre-suicidal states in adolescents, the book illustrates the pre-suicide state of mind through clinical vignettes, case studies, reflections from those in recovery and discussions with professionals.

Working in the Dark

will be of interest to social workers, probation officers, nurses, psychologists, counsellors, psychotherapists, psychoanalysts and doctors who work with those who have attempted suicide or are about to do so.

‘Its subject notwithstanding – what a brilliant, much-needed, and ultimately hopeful-helpful book this is! The experience, if not the facts, of suicide remain taboo. The authors, based on nearly a century of combined clinical experience, expound its psychic meaning, developmental origins, and therapeutic implications in ways relevant and accessible to all mental health practitioners. Robustly yet flexibly psychoanalytic, they demonstrate the paradox of suicide as ‘an attempt to live at the cost of life itself’; outline the ‘10 danger signals’ of suicide for professionals; and illuminate the underlying phantasies inherent in the suicidal act. Heeded, this book will be a life-saver!’ – Professor Jeremy Holmes, MD, FRCPych, University of Exeter, UK

'The authors’ unrivalled knowledge and experience garnered over many years is distilled to present a rich and compelling approach to suicide and therapeutic practice with suicidal people. The exploration of the influential concept of the pre-suicide state makes sense of suicidal motivations, explains the strong, and often seemingly strange counter-transference responses encountered in this work, and why working with suicidal people can draw negative reactions from professionals. Challenging conventional wisdom, Working in the Dark demonstrates that understanding unconscious suicide fantasies underpinning suicidal behaviour is essential to prevent the dangers of repeated suicide attempts.' - Professor Stephen Briggs, University of East London

'Given the exceptional combination of clinical experience in dealing with suicide and self-harm, and the theoretical sophistication that Don Campbell and Rob Hale bring to the understanding of deeply disturbed people, I was prepared for a very significant contribution and I was not disappointed. The reason that you really do need to read this book from beginning to end , is because of the help it brings to all of us who in our daily professional lives need to survive the trauma of working with people in the extremes of crises of mind and relationships. This is not just a book for the young inexperienced staff who are usually, and often inappropriately, left to deal with the emotional complexities of those who have tried to harm themselves. No matter how long you have been in the field you will time and again find help, insight and support in this very valuable book.' John, Lord Alderdice FRCPsych, University of Maryland, Baltimore USA

Introduction 1. Attitudes about suicide over the ages 2. Suicide and Mental Illness 3. Psychoanalytic Interest in Suicide 4. The core complex 5. Suicide Fantasies and the Pre-suicide State of Mind 6. How Learning from the Patient Generates Theory 7. The Role of the Father in a Pre-suicide State 8. Pre-suicide States in Adolescence 9. Implications for the professional 10. Self-mutilation 11. A patient’s account Conclusion

Donald Campbell is a qualified child, adolescent and adult psychoanalyst and a Training Analyst and Supervisor at the British Psychoanalytical Society. He has worked for thirty years as Principal Child and Adult Psychotherapist at the Portman Clinic. Campbell has lectured, taught widely and published papers and chapters on the subjects of suicide, violence, child sexual abuse, adolescence, shame and horror films.

trained originally in psychiatry and psychoanalysis and held a research post at St Mary’s Hospital in London where, for five years, he worked closely with people who had attempted suicide. Hale has treated suicidal patients in long-term psychotherapy, and for thirty-five years worked at the Portman Clinic with those who act out in a violent or sexually deviant way.