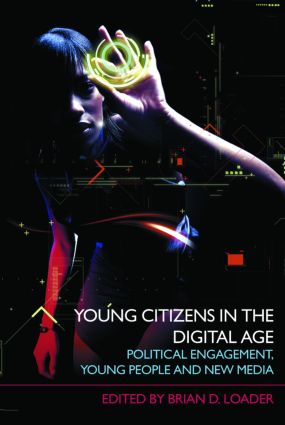 Young Citizens in the Digital Age

A social anxiety currently pervades the political classes of the western world, arising from the perception that young people have become disaffected with liberal democratic politics. Voter turnout among 18-25 year olds continues to be lower than other age groups and they are less likely to join political parties. This is not, however, proof that young people are not interested in politics per se but is evidence that they are becoming politically socialized within a new media environment.

This shift poses a significant challenge to politicians who increasingly have to respond to a technologically mediated lifestyle politics that celebrates lifestyle diversity, personal disclosure and celebrity. This book explores alternative approaches for engaging and understanding young people’s political activity and looks at the adoption of information and ICTs as a means to facilitate the active engagement of young people in democratic societies.

Young Citizens in a Digital Age presents new research and the first comprehensive analysis of ICTs, citizenship and young people from an international group of leading scholars. It is an important book for students and researchers of citizenship and ICTs within the fields of sociology, politics, social policy and communication studies among others.

Brian D. Loader brings together an all star line-up of scholars to address the intersection of two of the most important debates about the future of democracy – the state of political engagement among young people and the impact of new media on the democratic practice of citizens. Taking a comparative and global perspective, the various chapters of Young Citizens in the Digital Age collectively provide an exceptional mix of theory and evidence that contributes significantly to these debates.

This is an impressive collection of work, which features many of the leading international scholars in the field. The contributions combine rigorous empirical research with challenging discussions of the broader issues at stake.

'This is a valuable book for researchers in politics, communications, ICT and social sciences, which succeeds in clearly addressing the main issues surrounding youth political participation and the influence of new media' Silvia Gallagher, Independent Researcher, Social Research Asscoaition Sept 2009

Brian D. Loader is Senior Lecturer and Co-Director of the new Social Informatics Research Unit at the University of York, UK. His academic interests are focused around the emergence of new information and communications technologies, the social, political and economic factors shaping their development and diffusion, and their implications for social, economic, governmental and cultural change.