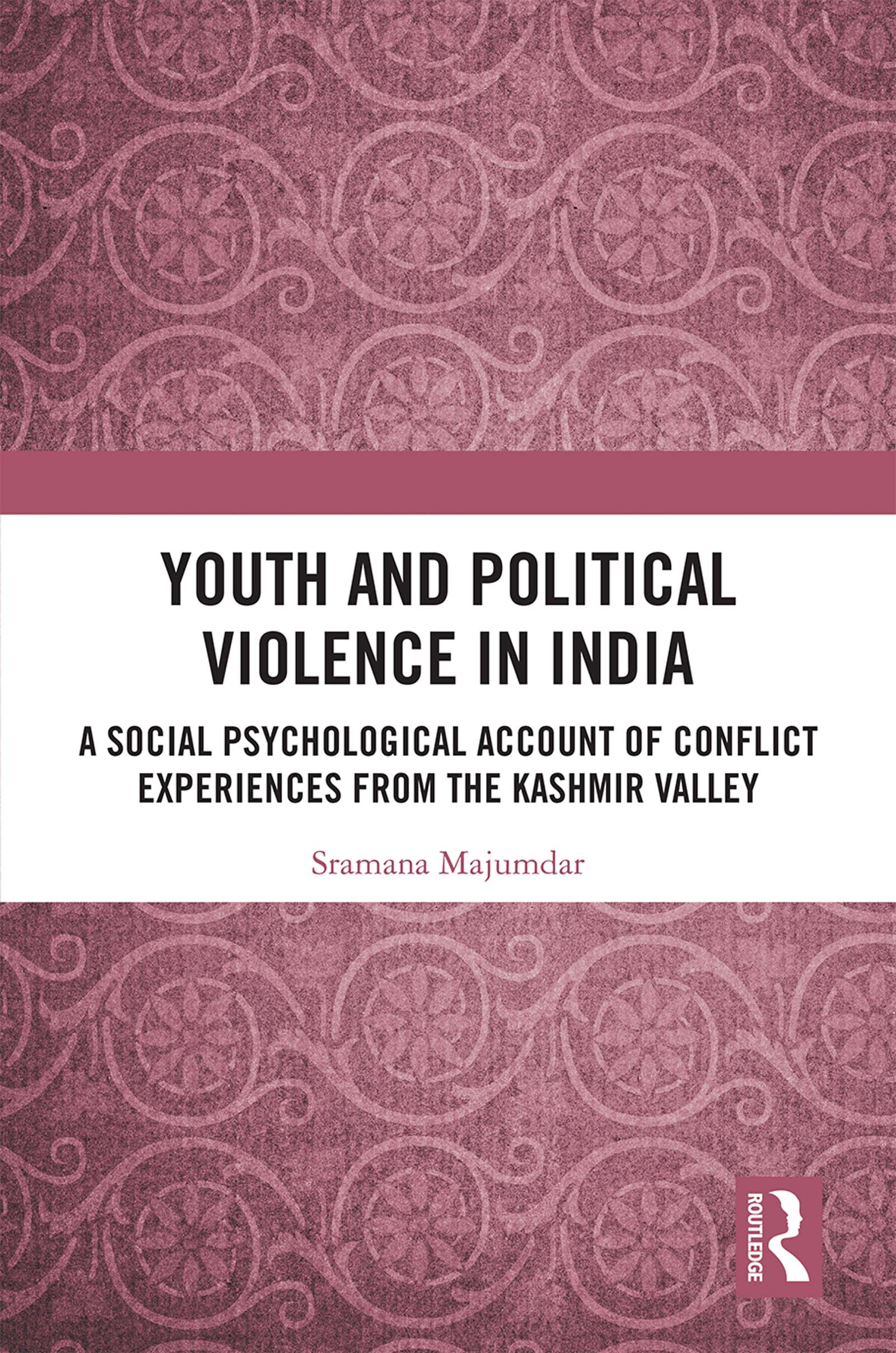 Youth and Political Violence in India

A Social Psychological Account of Conflict Experiences from the Kashmir Valley, 1st Edition

This book offers a sociocultural and interdisciplinary understanding of the impact of political violence on youth behaviour. Drawing on extensive fieldwork in the Kashmir valley and reports from conflict areas across the globe, the volume brings into focus the ways in which violence affects social and psychological dynamics within the individual and the community. It develops a social psychological approach to the study of youth and violent conflict in South Asia, and offers new insights into the intricacies within the discourse. Focussing on the emotions and behaviour of people in largescale conflict, it expands the discourse on the psychological dimensions of hope, aggression, emotion regulation and extremist mindset to inform policy and intervention for peacebuilding.

Moving beyond Western psychiatric models, this book proposes a more culturally and historically rooted analysis that focusses on collective experiences of violence to de-colonise psychological science and expand the understanding of youth’s experiences with political violence. The volume will be of great interest to scholars and researchers of politics, psychology, peace and conflict studies, sociology and social anthropology.

‘The book by Sramana Majumdar combines the general knowledge of social psychology of conflicts and the specific analysis of the Kashmir conflict. This combination provides a very comprehensive book of a wide scope that makes an important contribution to the understanding of conflicts with their consequences. It deals with topics like exposure to violence, PTSD effects, youth extremism, gender differences, and emotion regulation with hope and optimism. They all shed an original new light on the conflict in Kashmir that still preoccupies the involved societies and the international community. It is a must read for conflict students as well as for anyone interested in the ongoing Kashmir conflict.’— Daniel Bar-Tal is an Israeli academic, author and Branco Weiss Professor of Research in Child Development and Education at School of Education, Tel Aviv University.

‘This is an insightful journey of a scholar guided by a sense of justice and pragmatism, an investigation of social realities through psychological lens of the world’s most complex problems of conflict and violence. By bringing into focus the highly politicized issue of Jammu & Kashmir, the author presents the narratives of suffering of a community, which need inclusive understanding beyond academics and research. This book will be valuable for students, teachers, activists and engaged citizens; a must read for anyone working on international issues.’ — Waheeda Khan is Dean, Faculty of Behavioural Sciences, SGT University, Gurugram. She was previously a Professor at the Department of Psychology, Jamia Millia Islamia, New Delhi.

‘Taking conflictual relations in Kashmir as a case study, this important book outlines a psychological framework for understanding the nature and consequences of large scale, collective violence, focusing particularly on the experiences of young people. Its strength lies not only in its acknowledgement of the psychological dimension of such violence, but also in its recognition of the necessity of an interdisciplinary approach in which ‘…research on radicalism, fundamentalism, prejudice, extremism, violence and reconciliation must give due importance to the place, people and their histories.’ This is particularly vital if, as the author's concluding chapter urges, we want to understand how to move ‘beyond violence’.’— Dr. John Dixon, Professor of Psychology, The Open University, UK.

‘The intractable conflict in the Kashmir Valley is the setting for this fascinating book that presents research on some psychosocial outcomes that youth experience as a result of their exposure to political violence. Viewed through a social psychological lens, the author identifies various types of violence and a host of cognitive and affective conditions that bear on the reactions of youth, placing special emphasis on the role of extremist thought, emotional regulation, hope and optimism. The author appreciates the complexity of the problem, as will the diligent reader who takes the time to read this important contribution to the literature.’— Daniel J. Christie, Professor Emeritus of Psychology, Ohio State University USA and author of Peace, Conflict and Violence: Peace Psychology for the 21sy Century

1 Social psychological approach to the understanding of conflict 2 Re-examining exposure to violence: shifting the focus to collective violence 3 The conflict in the Kashmir Valley: youth, extremism and psychological consequences 4 Violence, emotions and their regulation 5 Conflict, aggression and gender: re-viewing established links 6 Violence, hope and optimism: can negative events have positive outcomes? 7 Beyond violence: conclusions and thoughts

Sramana Majumdar is an academic and researcher in social and political psychology. She is currently teaching at the Department of Psychology, Ambedkar University Delhi and Ashoka University, Haryana. Her interest areas are intergroup relations, conflict, gender, peace and reconciliation. A Fulbright-Nehru Fellow (2013–2014), she received her doctorate from Jamia Millia Islamia and has been a visiting faculty at Symbiosis University, Pune, and O. P. Jindal Global University, Haryana. Drawing from psychology, history and conflict studies, her approach to the study of intergroup conflict, violence and community argues for a more inclusive, interdisciplinary method to reintegrate psychology and highlight its essential role within this overall discourse.