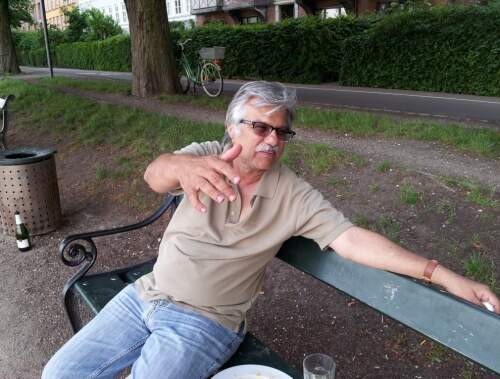 I am currently an Adjunct Professor at Chennai Mathematical Institute, and also a faculty member at the Centre for Quantum Information and Quantum Computation at the Indian Institute of Science Bangalore. My main areas of research are Lattice Gauge Theories, Astrophysics and Foundations of Quantum Mechanics. I have built a supercomputer that was on the list of Top 500 supercomputers of the world.

After obtaining my BSc(Honours) and MSc from Delhi University, I got my PhD from the University of California at Santa Barbara. After that I have worked at leading institutions like UCLA, Max Planck Institute for Physics in Munich, the Niels Bohr Institute, Raman Research Institute, CERN(Geneva), NIKHEF(Amsterdam), Universities of Amsterdam and Utrecht, Institute of Mathematical Sciences, Indian Institute of Science and Chennai Mathematical Institute.

My main area of research is High Energy Physics. I have worked extensively on Quantum Field Theory, analytical and numerical aspects of Lattice Gauge Theory, Astrophysics and Foundations of Quantum Mechanics.

Some of my notable achievements in these areas are: a No-Go theorem for deSitter compactification(accelerating universe), low energy theorems for pions and photons, electrodynamics in very strong magnetic fields, vindication of Einstein quadrupole formula for gravitational radiation, tests for parity violations in gravitation, spin precession in binary pulsars, a model for magnetars based on strong interactions,neutrinos from supernova 1987a, strings in Quantum Chromodynamics, and more.

I am passionate about dissemination of science among college and school students. I conducted a week long hands-on workshop on why the sky is blue for high school students of the northeast in India.

I have also done very large scale numerical simulations in Lattice Gauge Theory. Towards this end, in 2004 I built a teraflop Linux cluster called KABRU, which was rated among the top 500 supercomputers of the world. Details can be found at www.imsc.res.in/~kabru Using this supercomputer, we established the important result that flux tubes in QCD behave like fundamental strings.

Over the last couple of decades I have worked extensively in foundational aspects of quantum mechanics, in particular on quantum measurements. We have clarified the correct meaning of the so called protective measurements. Currently I am completing a critique of weak measurements.

Immediately after my PhD I worked as Research Associate and Adjunct Assistant Professor at University of California, Los Angeles during 1971-73. Then I was a guest scientist at the Max Planck Institute for Physics at Munich(Now called the Werner Heisenberg Institute) during 1973-75. I was a post-doctoral fellow at the Niels Bohr Institute during 1975-76 and 1980-1982. In between I was a scientist at the Raman Research Institute. I worked as a Scientist at NIKHEF, Amsterdam during 1983-86. I was Senior Professor at the Institute of Mathematical Sciences, Raja Ramanna Professor at the Indian Institute of Science. Additionally I have held visiting professorships at Universities of Amsterdam and Utrecht, as well as the  Mombusho Professorship in Japan.

I am deeply committed to raising science awareness among school and college students. I do a lot of photography, trecking and travel. In 1974 I travelled by road from Munich to Delhi. 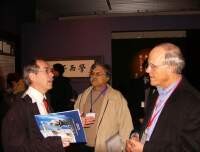 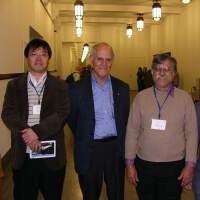