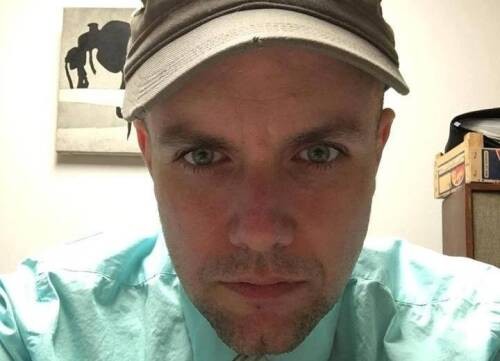 I am Assistant Professor of English at Washington State University, where I also teach in the Digital Technology and Culture (DTC) program. My primary interests are in the adaptation of the nineteenth-century in digital culture, and I'm fascinated by not only nineteenth-century literature but also the various applications of technology in teaching and scholarship. I live with two cute cats and a brilliant wife who keeps me on my toes.

I received my Ph.D. from the University of Florida in 2008, with a dissertation called *Romanticism and the Cult of Celebrity: Afterlives in Postmodern Film and Fiction*. I spent a number of years in various contingent positions: as a Visiting Instructor at the University of South Florida (2008-9), as a Marion L. Brittain Postdoctoral Fellow at the Georgia Institute of Technology (2009-11), and as a Andrew Mellon Fellow at the Robert W. Woodruff Library at Emory University (2011-12).

I am the author of *Steampunk and Nineteenth-Century Digital Humanities: Literary Retrofuturisms, Media Archaeologies, Alternate Histories* (2017) as well as the author (with Jason Whittaker) of *William Blake and the Digital Humanities: Collaboration, Participation, and Social Media*. In addition, I've published articles on Blake, steampunk, pedagogy, and the digital humanities in journals like *Essays in Romanticism*, *Romantic Circles*, *BRANCH: Britain, Representation, and the Nineteenth Century*, *Digital Humanities Quarterly*, *Rhizomes: Cultural Studies in Emerging Knowledge*, and *The Journal of Interactive Technology and Pedagogy.*

I live with two cats named Nemo (after the Disney cartoon, the Winsor McCay comic strip, and the Nautilus), and Buddha (after the religious leader but also one of my former cats). I love to read comic books, play video games, and have a longstanding desire for an arm tattoo of the full plate of William Blake's "London."

Steampunk, Labor, and the Humanities