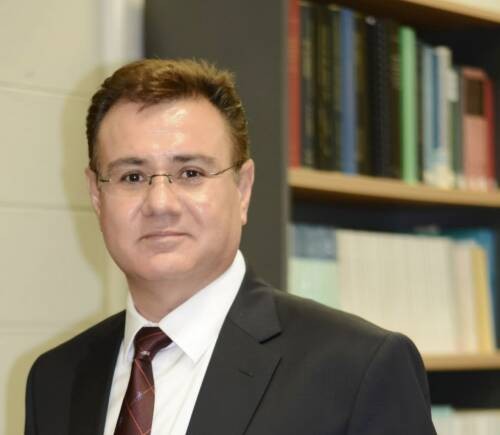 Professor Farzad Sharifian is a linguist with a multidisciplinary background in cognitive science, anthropology and education. He has made significant contributions to the development of Cultural Linguistics as an interdisciplinary area of research.

Professor Farzad Sharifian is a linguist with a multidisciplinary background in cognitive science, anthropology and education. He has made significant contributions to the development of Cultural Linguistics as an interdisciplinary area of research. He has developed a theoretical and an analytical framework of cultural cognition, cultural conceptualisations and language, which draws on and expands the analytical tools and theoretical advancements in a number of disciplines, including cognitive linguistics, cognitive anthropology, anthropological linguistics, distributed cognition, complexity science, and cognitive psychology. The theoretical and the analytical frameworks and their applications in the areas of intercultural communication, cross-cultural pragmatics, second language learning, and political discourse analysis are the subject of Prof Sharifian’s monograph entitled Cultural conceptualisations and Language (John Benjamins, 2011) [read the reviews of the book].

Professor Sharifian is the founding Editor-in-Chief of the International Journal of Language and Culture (IJoLC). He is also the Editor, (with Professor Ning Yu, Oklahoma University) of Cognitive Linguistic Studies in Cultural Contexts, book series, John Benjamins [flyer for this book series]. He is the President of the Applied Linguistics Association of Australia (ALAA) and is on the Board of Directors of the International Association for World Englishes.

Professor Sharifian is also the founder of the academic program of English as an International Language within the School of Languages, Cultures, and Linguistics,  Monash University. He has received multiple awards for his research, teaching, and postgraduate supervision, including the Edith Cowan University’s Research Medal and the Award for Excellence in Early Career Research of the Year, Faculty of Arts, Monash University (2008). He was a Post-Doctoral Fellow of the Australian Research Council at the University of Western Australia before joining Monash University in 2005. In 2012, he was awarded the prestigious Humboldt Fellowship for Experienced Researchers, from the Alexander von Humboldt Foundation, Germany.