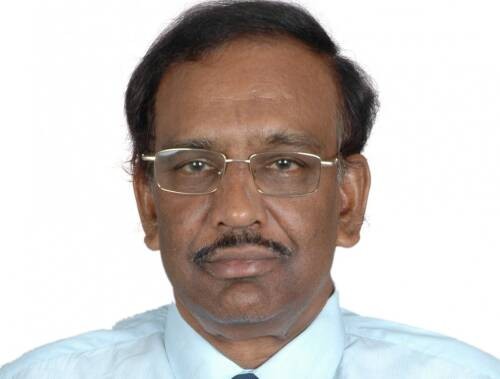 My training is in power/control area. In Singapore I started my work in robotics and game robotics. I was involved in organizing student teams and training them to take part in robotics competitions. I have developed methods of drive selection and gear ratio design for robots. I have worked on wall climbing, pole balancing, and biped robots. I am particularly interested in dynamics of robots.

2007- 2008- Designed, programmed and tested a pole balancing robot with two-degrees of freedom

July’96- One of the founding members of the Robotics Games Society(Singapore).
Played an active role in their activities, like organizing robotics games(SRG) annually.

January’96-“Technology leader” for robotics in the Project II Management Team of the E.C.Dept, Singapore Polytechnic.

September ‘95: Acquired funding to the tune of $ 160,000 for a biped robot project; leading a team of 5 lecturers working on this project with an aim of designing, fabricating, and controlling a dynamic walking biped robot.

June’91-Section Head  for  “Robotics and Digital Control” Section of the Electronics and Communication Eng. Dept. of the Singapore Polytechnic.

(1987-89)-Designed and fabricated a “Non-intrusive Flow-meter”, as a Singapore Polytechnic sponsored innovation project

1987- Designed and fabricated an error frequency monitor for power stations, as a consultancy work for a local company. For this work, an original error detector circuit was developed.

(1978-1982)-Ph.D. Thesis: “Dual-rate sampling self tuning regulator and its implementation in excitation control”