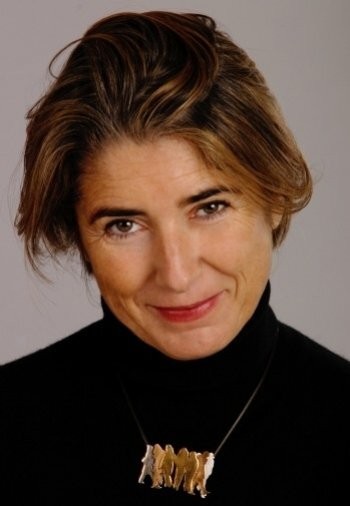 Since 1997, I have been acting as senior researcher and project manager, developing more than twenty European projects, either as Leading Partner or Partner. Main frames of references are those of environmental sociology but I also refer to the foci and techniques of urban and rural sociology and to those of the sociology of consumption. Quantitative and qualitative research techniques used: cartographic analysis (GIS), structural analysis, surveys, scenario analysis, biographical interviews.

Since 2009, I have been lecturing on the topic of methods and techniques of spatial analysis at the Dept. of Urban Studies, Faculty of Architecture, University of Rome Tre. This followed eleven years (1997-2008) of lectures on Environmental Sociology at the Faculty of Sociology, La Sapienza University, Rome.
Since 2014, member of the editorial board of the peer-reviewed journal Economia e Società Regionale, published by Franco Angeli.
Since 2013, I have been Board’s elected member of the AIS (Italian Association of Sociology) – Section Enviroment and Territory.
Since 2008, I’ve been on the editorial board of the book series La Cassetta degli Attrezzi. Strumenti per le Scienze Umane, Milano, Franco Angeli.

My ongoing work mainly deal with the concepts of territoriality and territorialisation (Raffestin 1980, 2012; Turco, 1988, 2009, 2010 see also Battaglini 2014; Dessein J., Battaglini E., Horlings L., 2015, Battaglini and Babović forthcoming) through reference to frames of time and space and to the cultural specificities of local communities in how they tackle either the endogenous potential of their local heritage or the external pressures of the market and globalisation. We are analysing  local communities, seen as human subjects who relate to their biologically and culturally inbuilt ‘species-being’. Perceptions, meanings, and values are therefore understood as part of their embodied experience of relations with their own species and more widely with nature (Dickens 1992, 2000). Drawing on Dickens, our conceptualisation of nature resembles that construct of the Chicago School, the ‘biotic level’ whose characteristics open themselves up to the eyes and the senses of observers who initially perceive their materiality and physicality insofar as they might affect the actors’ representations and actions (Battaglini, Babović, 2015).
Attention to practices studied on the territorial level goes along with Bourdieu’s analytical effort to deny the opposition between subjectivism and objectivism. Emphasising only the role of culture in constructing actors’ experiences does not allow us to understand the affordances (Gibson, 1986) of natural resources, and therefore the ‘material’ conditions of their symbolisation and reification—in other words, the ‘real’ conditions of the possibility of action. On the other hand, stressing only the structural and physical limits and opportunities afforded by the environment could have driven my studies to the determinism that we avoided through the notion of coproduction.
The conceptual strength of territorialisation lies precisely in the possibility that it could frame different ‘coproductions’ of nature–culture (Horlings, Battaglini, Dessein, 2015) within specific strands of time and space.
Unlike the broader and normative concept of sustainable development (which could be located in any place and at any time), the reference to the coproduction of natures–cultures in territorialisation offers an improved understanding of the process underlying regional development, allowing scholars to better analyse the interests at stake, the stakeholders in play, the valued resources to be taken into account for development initiatives and paths, and the local efforts to challenge external pressures of the market and globalisation.
Its conceptual density permits us to better frame the social climate, the type of coordination or mutual control between development agents and firms, the direction of contacts led by trust, and the common sense of belonging to a community—even a business community—that shares similar values and attitudes. The findings of our work could therefore inform the debates on cultural sustainability providing more insights on how culture mediates practices, symbolisation and institutionalisation in multi-scale spatial development (Battaglini, Horlings, Dessein, 2015).