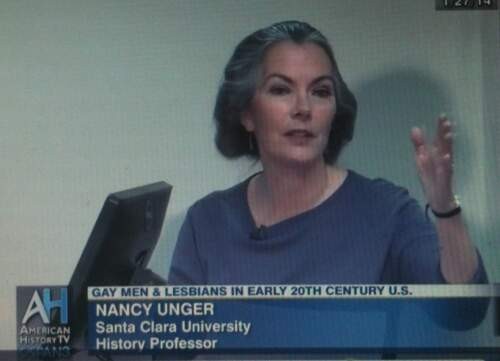 Nancy C. Unger is Professor of History at Santa Clara University. Her first book, the prize-winning FIGHTING BOB LA FOLLETTE: THE RIGHTEOUS REFORMER is a biography of Belle La Follette's husband. She is also the author of BEYOND NATURE'S HOUSEKEEPERS: AMERICAN WOMEN IN ENVIRONMENTAL HISTORY. Her op-eds applying the lessons of history to present day challenges have appeared in newspapers nationwide. She has been featured on C-SPAN, National Public Radio, and worked as a consultant for PBS.

Nancy C. Unger was born and raised in Seattle.  She is Professor of History at Santa Clara University. An award-winning teacher, Nancy is also the author of the prize-winning biography Fighting Bob La Follette: The Righteous Reformer (University of North Carolina Press, 2000, revised paperback Wisconsin Historical Society Press, 2008), and Beyond Nature’s Housekeepers: American Women in Environmental History (Oxford University Press, 2012), a California Book Award Finalist.  She is co-editing, with Christopher McKnight Nichols, A Companion to the Gilded Age and Progressive Era (Wiley Blackwell). She has published dozens of scholarly articles and essays for publications including the Journal of American History.

Nancy’s op-eds applying the lessons of the past to the present are syndicated by the History News Service and have appeared on CNN.com and  in dozens of newspapers across North America, including the Chicago Sun-Times, Miami Herald, San Francisco Chronicle, the  Kansas City Star, and on the History News Network.  Her radio appearances include National Public Radio, KQED (Public Radio for Northern California), Wisconsin Public Radio, Talking History, Voice of America, and AIR AMERICA, and she has worked as a consultant for PBS.  She has been featured on Wisconsin Public Television and C-SPAN.  She’s made multiple appearances at the  annual Fighting Bob Fest in Wisconsin, and at the Commonwealth Club of California.  Her blog entries are featured on Oxford University Press Academic Insights for a Thinking World.

Nancy C. Unger teaches and publishes on a variety of topics in American history.  She specializes in the Progressive Era, Women and Gender, Lesbian and Gay, and the Environment.

Nancy and her husband, photographer Don Whitebread, enjoy the company of their two grown children.  All four are huge fans of the San Francisco Giants.  Nancy is an avid reader and snorkeler, and she and Don enjoy travel. 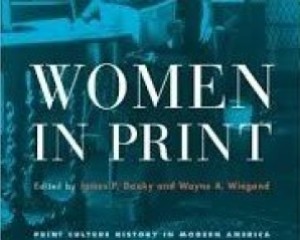 This essay in the collection edited by James Danky and Wayne Wiegand emphasizes La Follette's work as a journalist in fighting racial segregation. 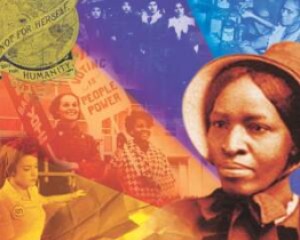 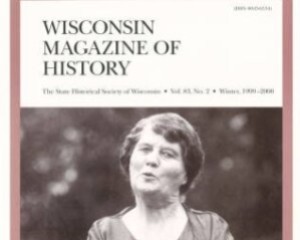 This article describes the tension Belle La Follette experienced between wanting to devote herself to domestic concerns as a wife and mother, and her desire to contribute meaningfully to progressive reform. 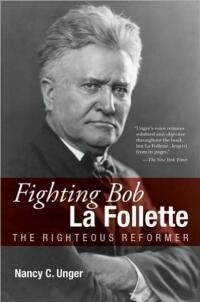 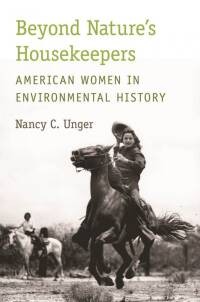 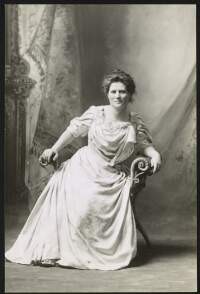 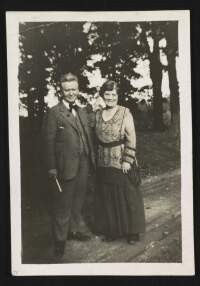 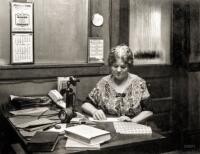 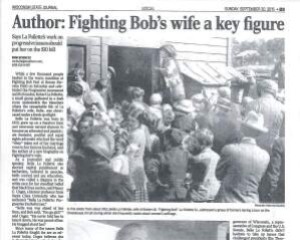 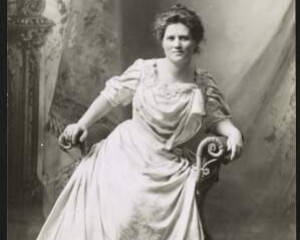 Suffragist Belle La Follette earned a spot on the $10 bill

Treasury Secretary Jacob Lew is calling for nominations for a woman to grace the $10 bill that will be released in 2020. Already names are flying fast and furiously, with Eleanor Roosevelt, Rosa Parks, and Harriet Tubman leading the pack. As a scholar of women’s history, I have a few suggestions to help narrow the field for this exciting race.

Two women are already penalized by false starts: suffrage leader Susan B. Anthony and Indian guide Sacagawea were featured on dollar coins that failed to gain popularity. While such a handicap doesn’t necessarily scratch them from the race, the argument can be made for fresh candidates untainted by previous poor performances out of the gate.

One way to narrow the field is to limit the competition.

The redesigned bill will be unveiled in 2020, the 100th anniversary of the passage of the 19th Amendment granting women the right to vote. Reducing the field to women instrumental in creating this enormous advance in democracy would make a powerful statement. Drawing from among the leading suffrage advocates would highlight the importance of the struggles by dedicated Americans, past and present, for basic rights.

Surveying that field, Elizabeth Cady Stanton initially appears the odds-on favorite. Born in 1815, she was an abolitionist before she narrowed her focus exclusively to women’s rights. But Stanton carries with her a huge handicap.

Like Susan B. Anthony, she was willing to throw other victims of discrimination under the bus in order to elevate the “better classes” of womanhood. Calling to “American women of wealth, education, virtue and refinement,” she urged, “if you do not wish the lower orders of Chinese, Africans, Germans and Irish, with their low ideas of womanhood, to make laws for you and your daughters … awake to the danger of your present position and demand that woman, too, shall be represented in the government!”

Another possible frontrunner is Alice Paul (1885-1977). Hilary Swank’s portrayal of Paul in the 2004 HBO film “Iron Jawed Angels” gained a new generation of fans for this fiery activist fed up with the “genteel persuasion through education” approach of most American suffrage campaigners. Paul brought back to the United States the more aggressive tactics she learned in England. She was arrested in London seven times for acts of protest.

Like many an activist before her, Paul paid a high price for her refusal to cooperate with a system that denied her equal rights. When she went on hunger strikes in London’s Holloway Prison in 1909 she was force fed 55 times, a painful process that left her physically debilitated.

Nevertheless, she endured it again upon her return to the U.S. the following year. American suffragists inspired by her righteousness and passion soon found themselves sharing a jail cell — and headlines — with the fearless Paul.

Yet Paul too faces a potentially crippling handicap in the $10 bill sweepstakes. Like Stanton and Anthony before her, Paul’s dedication to achieving her goal led her to trample the goals of others.

Once the vote was achieved, Paul led the campaign for the Equal Rights Amendment. At the 1921 convention of the National Woman’s Party, it was at Paul’s insistence that host of ambitious resolutions be voted down, including rights and protections for working women. Despite the vast potential good they might do, Paul rejected such aims as mere distractions from her ultimate goal.

Sometimes the winner in a big race is a come-from-behind entrant facing very long odds.

One such contender for the $10 bill contest is Belle La Follette, wife of one U.S. senator and mother to another. Alice Paul called La Follette “the most consistent supporter of equal rights of all the women of her time,” and the New York Times hailed her as “perhaps the least known, yet the most influential of all American women who have had to do with public affairs in this country.”

As a journalist and a tireless speaker, La Follette fought not only for the vote, but used her considerable clout to openly attack the racial segregation efforts of the Woodrow Wilson administration. For her insistence that “merit, not sympathy, demands that [African Americans] should not be discriminated against and should be accorded the justice due them as citizens of a democracy,” she received hate mail denouncing her as “disgraceful to the white race.”

The smart money in this race may well be placed on such a dark-horse candidate. The winner of the competition for the $10 bill should be a woman who waged the fight not just for her sex, but for equal rights for all.

Belle La Follette was the first woman to graduate from the University of Wisconsin Law School. She was already a wife and mother.

A rare, undated snapshot of the La Follettes looking happy and relaxed. Library of Congress LC-DIG-ds-05716

Belle La Follette campaigned extensively for her husband during his 1924 presidential bid.

Belle La Follette with Jane Addams and other members of the Washington, DC branch of the Women's International League for Peace and Freedom.

Belle La Follette at work in the family magazine in 1925.