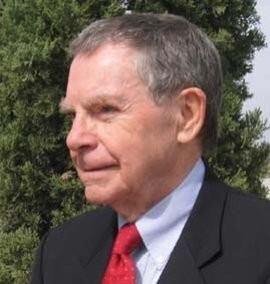 Now 91, with careers spanning more than 70 years, Russ has had broad international experiences in piloting and designing aircraft and corporate engineering, operations, program and project management. His three project management related careers have been Military/Aerospace (19 years), Corporate Engineer & Executive (17 years), and Management Consultant (34 years to date). Russ has consulted to a wide variety of large and small organizations in 16 countries.

Russ is co-author with his grandson Shane Archibald of "Leading and Managing Innovation-What Every Executive Team Must Know about Project, Program & Portfolio Management" (2nd edition CRC Press 2015, 1st edition 2013 also published in Italian, Portuguese and Spanish); author of Managing High Technology Programs and Projects (3rd edition Wiley 2003, also published in Italian, Russian, and Chinese), and co-author of Network Based Management Information Systems (PERT/CPM) (Wiley 1967). He has contributed chapters to 15 books edited by others, and presented 88 papers at many PMI, IPMA and other conferences in many countries.

Russ has resided in the USA, France, Mexico, Venezuela, Panama Canal Zone, and Peru with Marion, his wife of 69 years. For the past 22 years they have lived in San Miguel de Allende, Guanajuato, Mexico. Their family includes 4 children, 4 grandchildren, and 5 great-grandchildren - so far.