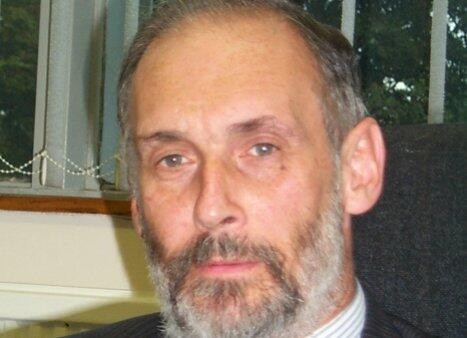 Professor Arthur W. Lees graduated in Physics and remained Manchester University for three years research. After completing his PhD , he joined the Central Electricity Generating Board, initially developing Finite Element codes then later resolving plant problems. After a sequence of positions he was appointed head of the Turbine Group for Nuclear Electric Plc. He moved to Swansea University in 1995 and has been active in both research and teaching.

Arthur Lees’s initial research work was at Manchester University for his PhD with Prof Sir Sam Edwards FRS and investigated several problems in the simulation of liquids.  Molecular Dynamics was then a new technique which he extended to transport processes.  The resulting paper was published in 1972 continues to be cited regularly by workers in the field; the number of citations currently exceeds 430.  The primary technique developed is now known as the “Lees-Edwards boundary condition” and a large number of websites discuss this technique.
On leaving Manchester University, he joined the Central Electricity Generating Board (CEGB) and spent most of his subsequent career with the CEGB and its successor companies.   Prof. Lees’s experiences of his PhD had clarified the value of simulation in gaining physical understanding and with the CEGB he employed a similar philosophy to engineering problems, mainly in the fields of machinery vibration, fluid dynamics and heat transfer.  Early work at the CEGB related to the development of Finite Element codes which were then at an early stage of development.  Several papers were published on these topics although most of my writing at that time was in the form of CEGB Reports and Notes, some of which are classified.
The next stage of his work in the industry was more focussed on a range of specific plant problems.  The problems considered covered a wide range encompassing turbine, boilers and auxiliary plant and this work led to a number of published papers.  The most important outcome was the implementation of several plant modifications many of which remain in current operation.  During this period, he became convinced of the importance of machine supporting structures in determining overall dynamics response.  Two papers were published on this topic and these laid the foundations of my later academic work.
From 1985 until 1995 he held a more managerial post through the dramatic changes caused by privatisation.  However, he continued to retain some academic interests and did publish a number of papers.   Towards the end of this period he was invited to accept an Honorary Chair at (the then) University of Wales, Swansea and later moved to a position there, taking a full Chair in 2000.
With funding from Nuclear Electric, BNFL and EPSRC some initial ideas for treating machine support were significantly developed at Swansea University.  These have now been considerably extended to give insight into machine behaviour and offer a significant step to the Condition Monitoring community.  A number of papers have now been published and several industrial concerns are interested both in the UK and in Europe.  Research groups in Australia and South America are following the methods proposed by the group at Swansea.  As a result of these studies I have been invited to give Keynote addresses to major conferences in Middle East, India and UK.
The essential problem of Condition Monitoring is the extraction of the maximum information from a given set of data and this has been the guiding principle of my work on rotating machines.  The work has been base on the observation that with modern numerical techniques, the dynamic behaviour of a rotor can be modelled accurately, but that of the supporting structure is much more difficult to represent with any confidence.   The problem arises for a variety of reasons:  machine foundations are very complex structures often fabricated in steel with many components joined together.  Furthermore, they frequently carry items of auxiliary plant and neighbouring units may be mounted on differing subsoil structures.  Given these factors together with build variability it is not surprising that these structures are not amenable to dynamics modelling with any degree of confidence.  This presents a difficulty as the foundation often has a profound effect on the overall dynamic behaviour of a machine.
Nevertheless, modelling can be used to great effect: the basic concept of the method my group have developed is to use the model of the rotor to infer (initially using trial unbalance masses) the dynamic forces at the bearings, then by using a least square approach together with other techniques of System Identification, the stiffness and mass matrices of the support can be determined.  A problem may involve several hundred variables, but by using an approach based on Singular Value Decomposition of the regression matrix, physically meaningful parameters are derived.
There are now several variants on this approach and it is not appropriate to go into detail at this stage.  The initial approach was late extended by treating the mass eccentricity vector as a term to be identified whilst a further development has been the inclusion of a bearing model to allow the estimation of alignment conditions.  (Rotor alignment is a major industrial problem which has been largely neglected by the academic community).
The derivation of bearing forces by the technique outlined above opens up a range of other possibilities.  One of these is the characterization of bearings under service conditions.  Such a method has been described in recent papers and this offers some machine information not available by other methods.
Another field in which Prof Lees adopted a radically different approach to other workers is in the application of acoustic emission (AE) to machine problems.  Whereas most researchers monitor AE activity, we have pioneered an approach which considers the spectral content of signals thereby giving much more insight into the under lying physics.  Whilst this work is at a relatively early phase, a study for the US Navy has been completed and the resulting papers have attracted the attention of a large industrial company in Europe with whom we now have a working relationship.  More recently he has developed a radical new analysis of rotor misalignment: although awaiting experimental verification, it does appear to account for a number of anomalies is conventional approaches.

Outside work Prof Lees’s principal interests are music and photography. He is a Licentiate of the Royal Photographic Society, specialising in landscape subjects, often in monochrome.  He volunteers one day per week at The Fox Talbot Museum, Lacock, owned by The National Trust.

This was the ceremonial opening of the course