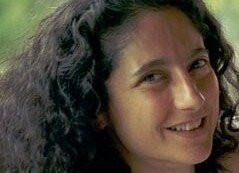 Dr Karen Pearlman writes, directs and edits screen productions and she writes about screen culture and creative processes. She is a lecturer at Macquarie University and a director of the award winning Physical TV Company (www.physicaltv.com.au). A former President of the Australian Screen Editors Guild, Karen has also had a career as a professional dancer and choreographer - embodied knowledge from these years of dancing informs the editing rhythms of her dramas, documentaries and dancefilms.

Karen is a director of the multi-award winning Physical TV Company, through which she has developed, produced, directed or edited numerous highly acclaimed short films, online and mobile productions and the short feature Thursday’s Fictions.   Her recent film, the half hour documentary ...the dancer from the dance was a finalist for an Australian Dance Award for Outstanding Achievement in Dance on Screen, and also a finalist for an ATOM Award for Best Arts Documentary.

Karen is a lecturer in Screen Production at Macquarie University, and she held the post of Head of Screen Studies at AFTRS for 6 years. She is the author of Cutting Rhythms, Shaping the Film Edit (Focal Press 2009 & 2016). In addition to Cutting Rhythms, her publications include editing Performing the Unnameable; An Anthology of Australian Performance Texts (Currency Press, 1999) and she has published academic essays and articles in the International Journal of Screendance, Participations Journal of Audience Research, Metro, RealTime, The Journal of Performance Studies and other anthologies and journals. Her book "Cutting Rhythms" has been translated into Chinese and Korean and there is a second edition in English in development.

Karen’s work as a professional editor includes documentary, dancefilm and drama. She was the 2009-2010 President of the Australian Screen Editors Guild and enjoys her ongoing association with the guild as a full member and frequent public speaker. Before taking up filmmaking, editing and film studies, Karen had a distinguished career as a professional dancer - performing with the Bill T. Jones/Arnie Zane Company on the Opera House stages of the world and directing two dance companies. She holds a Doctorate of Creative Arts from UTS, two MAs – one from UTS and one from AFTRS, and a BFA in dance from NYU Tisch School of the Arts. 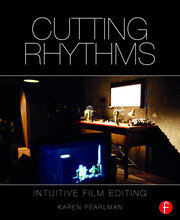 Richard James Allen as Dziga Vertov in Karen Pearlman's 2016 short film 'Woman with an Editing Bench'. For more on the film and the story behind it, see: http://physicaltv.com.au/Wwaeb/672/n/3/0/0/#.VpWrLsB95GM and chapter 12 of 'Cutting Rhythms, Intuitive Film Editing'

Karen Pearlman's 2016 short film 'Woman with an Editing Bench' was inspired by the woman who edited Man with a Movie Camera (1929). The unique process of developing the script by using 'editing thinking' is described in Chapter 12 of the 2nd edition of 'Cutting Rhythms: Intuitive Film Editing'