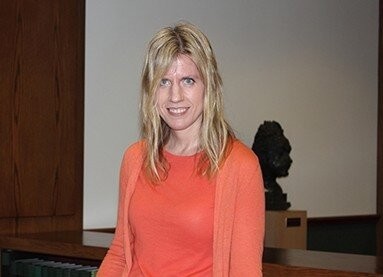 Catherine Kendig is Assistant Professor of Philosophy at Michigan State University. She completed her PhD at the University of Exeter/ESRC Centre for Genomics in Society (Egenis) and her MSc in Philosophy and History of Science at King’s College London. Kendig has research interests in philosophy of scientific classification, natural kinds, philosophy of science in practice, synthetic biology, ethics of new and emerging technologies, and philosophy of race.

Catherine Kendig is Assistant Professor of Philosophy at Michigan State University. She completed her PhD at the University of Exeter/ESRC Centre for Genomics in Society and her MSc in Philosophy and History of Science at King’s College London. Her research interests are in the philosophy of biology, history and philosophy of science, metaphysics, and the ethics of new and emerging technologies. Her work on philosophy of scientific classification, natural kinds, species, philosophy of science in practice, synthetic biology, and philosophy of race has been published in Ratio, Science and Engineering Ethics, Science & Education, History and Philosophy of the Life Sciences, and International Studies in the Philosophy of Science. She was awarded Honorable Mention for the 2012 American Philosophical Association Article Prize for “Race as a Physiosocial Phenomenon.” In 2013 Kendig was awarded a Resident Research Fellowship at the Linda Hall Library of Science, Engineering & Technology to work on the project: “Homology, Redux: Revisiting Richard Owen’s Analogy/Homology Distinction.”

Whilst Assistant Professor at Missouri Western State University, Kendig's research in kinds and synthetic biological classification was further supported through a National Science Foundation Research Opportunity Award through the Division of Molecular and Cellular Biosciences (MCB), (RUI: BIOMAPS: Modular Programmed Evolution of Bacteria for Optimization of Metabolic Pathways, Grant No. MCB-1329350) for the project “How Synthetic Biology Reconfigures Biological and Bioethical Categories” (Amendment No. 001, Proposal No. MCB-1417799).

Kendig uses an integrated HPS approach in her research as well as in her teaching, bringing philosophy, biology, and chemistry students into the lab to repeat historical experiments and test hypotheses. Her research-based approach frames the instruction in each of the eight courses she teaches. In 2014 she was honored as recipient of the Governor’s Award for Excellence in Education from the State of Missouri.

This edited volume of 13 new essays aims to turn past discussions of natural kinds on their head. Instead of presenting a metaphysical view of kinds based largely on an unempirical vantage point, it pursues questions of kindedness which take the use of kinds and activities of kinding in practice as significant in the articulation of them as kinds. The book brings philosophical study of current and historical episodes and case studies from various scientific disciplines to bear on natural kinds as traditionally conceived of within metaphysics. Focusing on these practices reveals the different knowledge-producing activities of kinding and processes involved in natural kind use, generation, and discovery.

Specialists in their field, the esteemed group of contributors use diverse empirically responsive approaches to explore the nature of kindhood. This groundbreaking volume presents detailed case studies that exemplify kinding in use. Newly written for this volume, each chapter engages with the activities of kinding across a variety of disciplines. Chapter topics include the nature of kinds, kindhood, kinding, and kind-making in linguistics, chemical classification, neuroscience, gene and protein classification, colour theory in applied mathematics, homology in comparative biology, sex and gender identity theory, memory research, race, extended cognition, symbolic algebra, cartography, and geographic information science.

The volume seeks to open up an as-yet unexplored area within the emerging field of philosophy of science in practice, and constitutes a valuable addition to the disciplines of philosophy and history of science, technology, engineering, and mathematics.

The University of Pittsburgh's Center for Philosophy of Science Visiting fellow Catherine Kendig from Michigan State tells us about her work on homology and synthetic biology.