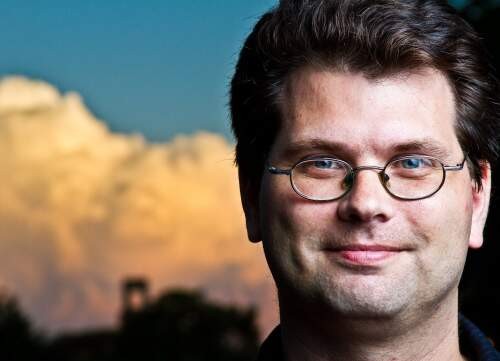 Jacob Juntunen is a playwright and theatre scholar who focuses on people struggling against society’s boundaries. He heads the Playwriting MFA and PhD programs at Southern Illinois University where he also teaches theatre history. Jacob’s scholarship and playwriting have been supported by the Fulbright Program, Krakow’s International Cultural Center, the Illinois Arts Council, and more. His plays have been produced in Chicago, L.A., Austin, Washington, DC, and across the U.S. and Europe.

Jacob Juntunen is a playwright and theatre scholar whose work focuses on people who struggle against society’s boundaries. He heads the Playwriting MFA and PhD programs at Southern Illinois University where he is an Associate Professor in the Department of Theater and in Women, Gender, and Sexuality Studies (WGSS).

He recently published the book Mainstream AIDS Theatre, the Media, and Gay Civil Rights: Making the Radical Palatable (Routledge 2016). His academic essays and reviews concentrating on the politics of performance have appeared in Theatre Journal, Puppetry International, and Polish-AngloSaxon Studies. His scholarship is included in the anthologies To Have or Have Not: New Essays on Commerce and Capital in Modernist Theatre; “We Will Be Citizens”: New Essays on Gay and Lesbian Theatre; and Tony Kushner: New Essays on the Art and Politics of the Plays. He also has a strong interest in East European theatre, served by a 2011 Faculty Fulbright Fellowship to Adam Mickiewicz University in Poznań, Poland and a 2014 Thesaurus Poloniae Senior Scholar Fellowship to spend three months researching in Kraków.

His playwriting stems from a mix of scholarship and social responsibility. Therefore, his playwriting and academic writing are a constant symbiosis. Both focus on understanding the political function of theatre, and this focus is demonstrated in his plays, which, overall, are meant for those “who want to leave the theatre changed and moved,” as one Chicago critic described. He recently wrote See Him? to participate in the Belarusian Dream Theater, a consortium of 18 theaters in 13 countries simultaneously producing plays to raise awareness about human rights violations in Belarus. His latest play, Hath Taken Away, was an O’Neill Playwrights Conference Semi-Finalist, and has had readings at the Last Frontier Theatre Conference (Valdez, AK) and as part of the Saturday Series at Chicago Dramatists. His previous full-length play, In The Shadow Of His Language, was an Alliance/Kendeda National Graduate Playwriting Contest Finalist; an O’Neill Playwrights Conference Semi-Finalist; an AACT New Play Contest Finalist; and a Princess Grace Fellowship Semi-Finalist. It was read at Chicago Dramatists, as part of Chicago’s Department of Cultural Affairs “In the Works” series, at the Alliance Theatre, and off-Broadway at Playwrights Horizons. His play Saddam’s Lions—published in Plays for Two (Vintage)—examines the disquieting memories of an African-American female Iraq War veteran and her struggles to come to terms with war-time trauma. Jacob based this play on interviews with a veteran. This process combined his desire for politically relevant work, his dedication to diverse casting opportunities, and his scholarship about the politics of performance. He hopes to inspire in students a similar yearning for intellectual curiosity, social activism, collaboration, and playwriting.

Dr. Juntunen has extensive experience in the Chicago storefront theatre scene, as an alumnus Senior Network Playwright at Chicago Dramatists, as the founding managing director of Mortar Theatre, as a dramaturg, and as a recipient of a Community Arts Assistance Program (CAAP) grant from the City of Chicago Department of Cultural Affairs and the Illinois Arts Council.

He studied at the Professional Playwriting Program at Ohio University, the Interdisciplinary Program in Theatre and Drama at Northwestern University, Reed College, and Clackamas Community College.