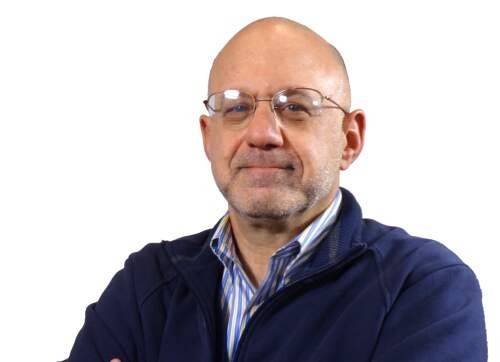 Michael Ross is the Senior Vice President and Education General Manager at Encyclopaedia Britannica, Inc., where he heads the sales and marketing activities in North America and EMEA (the UK, Europe, Middle East, and Africa) with complete P&L responsibility. He has been inducted into Printmedia’s Production Executives’ Hall of Fame and AEP’s Educational Publishing Hall of Fame, the educational publishing industry’s highest honor.

Throughout his career, Michael has had leadership responsibilities in all areas of publishing including editorial, technology, product development, sales, marketing, and licensing/partnerships. His products and publications have had worldwide circulation, have generated substantial revenue over many years, and have won the highest industry awards, including the Distinguished Achievement and the Golden Lamp Awards from the Association of Educational Publishers (AEP), now a division of the AAP; the GLI Award, presented at the Bologna Children’s Book Fair; Learning Magazine’s Teacher’s Choice Award; PC Magazine’s Editor’s Choice Award; Parent’s Choice Award; Family PC’s Top 100 Award; and the Software & Information Industry Association’s Codie Award.

Early in his career at NTC, Michael developed their most successful and longest running product lines, including basal and supplemental publications in the fields of reference, ESL, and travel for schools, libraries, and consumers. He developed international relationships that led to highly successful partnerships that greatly expanded product-line margins. Many of his products are still in active circulation with McGraw-Hill.

In the 1990s, he led the editorial technology group at McDougal Littell and pioneered World Book’s transition from print to digital publishing, beginning with the introduction of their first consumer CD-ROM (in collaboration with IBM) and then with the development of their online databases for schools and libraries. Under his watch, World Book gained the largest market share in the online general reference space, K-8.

At Britannica, Michael has led the expansion of the company’s institutional products and databases, with the goal of creating the best-selling online solutions in their categories for both the K-12 and higher education channels. He initiated the development of Britannica’s e-book platform (E-STAX), which has produced 20% year-on-year growth since its launch in 2010. He conceived the Britannica Digital Learning Group, whose mission is to drive Britannica’s expansion into the classroom. He created Britannica’s first classroom-targeted online product, Pathways: Science; retooled its middle-school math program (which he revised from top to bottom in 2010) into a website; and created Britannica’s most successful new online product, ImageQuest, a database of more than three million images, which is distributed worldwide and available in multiple languages, including Spanish, Portuguese, French, Japanese, Turkish, and even Welsh. Under his leadership, Britannica Digital Learning has produced double-digit profitability growth every year in both North America and the UK/EMEA.

Michael served on the executive committee and the board of directors of the Association of Educational Publishers (AEP), including a term as president from 2002 to 2003. He also serves on the advisory boards of Teacher Created Materials; A Pass Education; A+Media; and Linkapedia, a search engine startup.

Michael is the author of three books on educational publishing: Publishing without Borders: Strategies for Successful International Publishing (Xcellent Marketing, 2003); Publishing without Boundaries: How to Think, Work and Win in the Global Marketplace (The Association of Educational Publishers, 2007); and Dealing with Disruption: Lessons from the publishing Industry (Routledge, 2016).  He occasionally blogs for Britannica’s Web site and is a frequent speaker at international conferences on electronic publishing, strategic alliances, marketing, product development, and licensing.

Michael lives in the Chicago area and is married with three children.