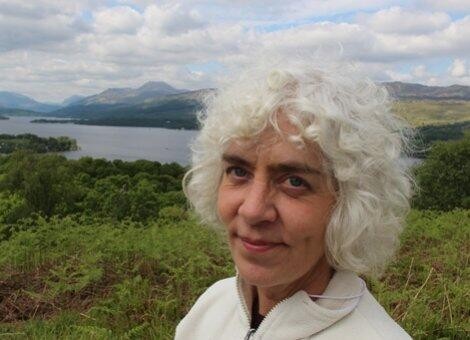 Pauline Phemister is Professor for the History of Philosophy at the University of Edinburgh. Most of her published research addresses topics in early modern philosophy, especially the philosophy of G. W. Leibniz, but she is also interested in the development of early modern ideas through the eighteenth and nineteenth centuries and in the ways in which the arguments and ideas of past philosophers may inform contemporary debates and practice, particularly in relation to the environment.

Following a British Academy post-doctoral fellowship and teaching positions at the Universities of Nebraska-Lincoln and Liverpool, Pauline Phemister took up a lecturing post at the University of Edinburgh where she is now Professor for the History of Philosophy. From 2009-2012, she was Deputy and then Acting Director of Edinburgh University's Institute for Advanced Studies in the Humanities (IASH) and currently convenes a local CHCI climate change council, Uncertain Human Future, at IASH.   She is a co-investigator on the AHRC/ESRC project, Caring for the Future through Ancestral Time. Chair of the British Society for the History of Philosophy (2011-2014), she continues to serve on the Society's Management Committee and is an Associate Editor of the Society's Journal, the British Journal for the History of Philosophy. She also serves on the Editorial Boards of Studia Leibnitiana and the Philosophical Quarterly.
Her first monograph, Leibniz and the Natural Environment, was published in 2005.  It was while researching this book that she came to appreciate the ecological potential of a Leibnizian panpsychist metaphysics. Further investigation exposed the ecological value of Leibnizian views on relations, aesthetics, perfection, progress, and more and led to the publication in 2016 of her Leibniz and the Environment. In the intervening years, as well as journal articles and book chapters, she published The Rationalists: Descartes, Spinoza and Leibniz (2008), an abridged edition of Locke's 'Essay concerning Human Understanding' (2008) and the co-edited volumes, The Metaphysics of Consciousness (2010), Human-Environment Relations: Transformative Values in Theory and Practice (2012), and Monadologies (2015).