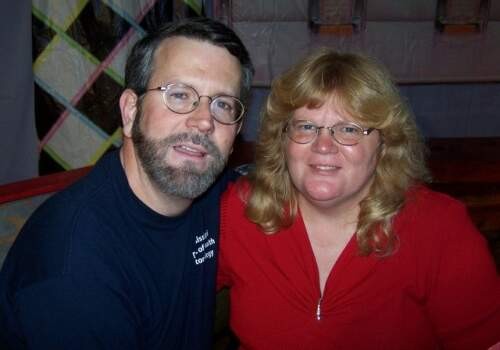 I'm an extension professor of medical and veterinary entomology at Mississippi State University where I write articles, perform research, and teach classes about insects and other arthropods of medical and public health importance.

Dr. Jerome Goddard received his bachelor’s and master’s degrees in biological science from the University of Mississippi in 1979 and 1981, and his Ph.D. degree in medical entomology from Mississippi State University in 1984. In December of 1985 he was commissioned as an officer in the U.S. Air Force and served as a medical entomologist in the Epidemiology Division of the USAF School of Aerospace Medicine, Brooks AFB, Texas, for three and a half years. In 1988 he was named Best Academic Instructor in the Residents in Aerospace Medicine Course and Company Grade Officer of the Year. From March of 1989 until October of 2008, Dr. Goddard served in the capacity of State Medical Entomologist at the Mississippi Department of Health, Jackson, Mississippi, where he designed, implemented, and supervised all vector control programs relating to public health throughout the state of Mississippi.
Dr. Goddard has authored or coauthored over 180 scientific publications and 5 book chapters in the field of medical entomology and is the author of Ticks and Tick-Borne Diseases Affecting Military Personnel, published by the USAF, Infectious Diseases and Arthropods, published by Springer International (Humana Press Imprint), and Public Health Entomology, published by Taylor and Francis (CRC Press). In 2001, Dr. Goddard published a novel about a mosquito-borne disease outbreak entitled, The Well of Destiny, and between 2006 and 2012, published three more novels, one of which was released by Livingston Press, a university press. He has been featured in Reader’s Digest, the National Geographic Channel, and on a series entitled “Living with Bugs” on the Learning Channel. In 2010, he appeared on the Colbert Report to discuss bed bugs. Dr. Goddard frequently presents seminars and guest lectures nationally and internationally on “Arthropods and Medicine” and related topics. He is a member of the American Association for the Advancement of Science, the Entomological Society of America, the Mississippi Mosquito and Vector Control Association, and the Mississippi Entomological Association. His main research interests are the ecology and epidemiology of tick-borne diseases; the health and medical impacts of bed bugs; and mosquitoes and mosquito-borne diseases.