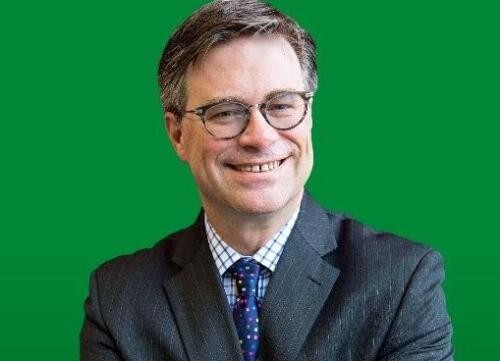 He is the author or editor of 19 books and author of 60 refereed journal articles in the fields of sociology of sports; sports history; sport and development; African studies; globalization studies; sport management and marketing; tourism management; cultural studies; gender studies; and physical education. His four volume work (edited with Charles Parrish) Sports Around the World: History, Culture, and Practice (ABC-CLIO, 2012) was named by Library Journal as a Best of Reference Work for 2012. He books Making Men: Rugby and Masculine Identity and Rugby and the South African Nation were awarded best edited and authored works respectively by the World Rugby Museum at the inaugural World in Union Rugby World Cup conference in 2015. 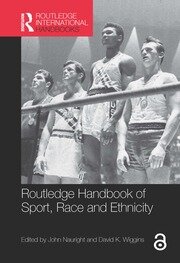 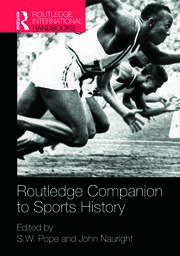 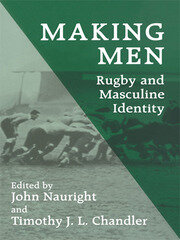 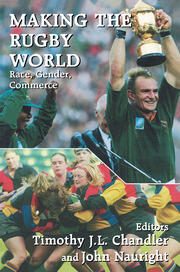 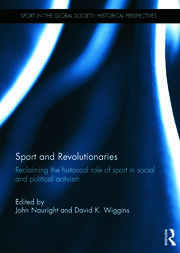 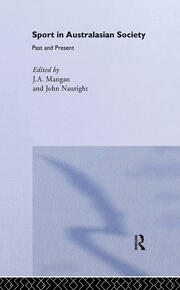 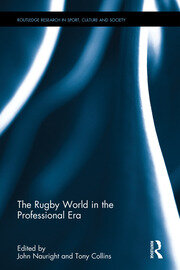 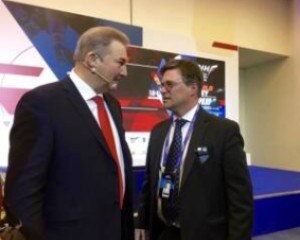 By: John Nauright
Subjects: Other, Sports and Leisure

Soccer and American football are consistently ranked among the top sports in the world, with an estimated 4 billion soccer enthusiasts globally and a projected revenue of more than $13 billion for the NFL in 2016. In contrast, ice hockey – the most popular winter sport in the world – generates less than a third of the NFL’s revenue with $4.1 billion annually for the National Hockey League. Researchers at the University of North Texas are teaming up with some of the biggest names in hockey to change that.

“The big question for the global growth of the sport is how do we expand, get and keep more hockey fans,” said John Nauright, professor and chair of the Department of Kinesiology, Health Promotion and Recreation.

Nauright will be joined by Young Hoon Kim, an associate professor in the Department of Hospitality and Tourism Management, at the World Hockey Forum Dec. 15–17 in Moscow. The goal is to highlight openings that can give hockey a shot at becoming an international powerhouse sport.

Nauright and Kim will be the only presenters from Texas. Their panel will showcase the Dallas-Fort Worth area as a model for success, and they will share recruitment, retention and event-planning strategies that can help hockey expand into nontraditional areas like Texas. The National Hockey League first came to Texas in 1993, when the Minnesota North Stars became the Dallas Stars, and hockey was first introduced to state high schools in 1997, when four schools in the North Texas region began offering programs, according to ESPN.

“From tourism and customer loyalty aspects, sports enthusiasts in Texas grew up with football and baseball everywhere, with big support from their schools and families. Ice hockey is different,” said Kim.

The conference will bring together some of the biggest players, executives and academics in the field – including Hockey Hall of Fame legends Phil Esposito, Jari Kurri and Vladislav Tretiak; hockey great Teemu Selänne; René Fasel, president of the International Ice Hockey Federation; and Dmitry Chernyshenko, president of the Kontinental Hockey League in Russia. Attendees will discuss the growth of grassroots games; women’s hockey; sledge or sled hockey, which is designed for those with physical disabilities; and social and cultural events and tourism activities related to the sport.

Nauright agreed that more can be done to help hockey gain ground – both internationally and locally.

“There are huge growth opportunities for the regional economy. The Dallas-Fort Worth area is one of the fastest growing areas for tourism, sports and events management,” said Nauright. 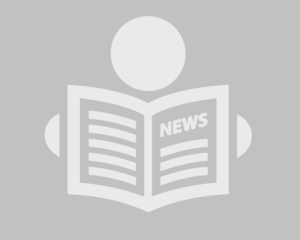 By: John Nauright
Subjects: Other, Sports and Leisure, Tourism, Hospitality and Events

John Nauright, chair and professor of the UNT Department of Kinesiology, Health Promotion and Recreation, has been appointed as inaugural vice president of the World Leisure Sports Association. He will also be the keynote speaker at the organization’s inaugural meetings and conference in Macao in March 2017.

The appointment is just one of Nauright’s many international partnerships and speaking engagements.

He was recently named to the Scientific Committee for the World Conference on Science and Football, coming up this spring in Rennes, France. He will also be a featured speaker at the World Ice Hockey Forum in Moscow December 15-17, an event co-hosted by the International Ice Hockey Federation and the Russian Ice Hockey Federation. His talk will examine the growth of ice hockey in new environments with a focus on the Dallas Stars and the growth of hockey in Texas.

Nauright has also been named to the editorial board of the International Journal of Sport Policy and Politics and is in the process of producing a new academic journal, SportsWorld: The Journal of Global Sport. It will launch as a special issue of Sport in Society then as a stand-alone journal in 2017 and will be published by Taylor and Francis, the leading academic publisher globally, and co-edited by Nauright and new KHPR faculty member Steven W. Pope. The journal will be housed at UNT with a world-class global editorial board, Nauright said.

He has also been named a collaborating research fellow of the Center for Responsible Travel in Washington, D.C., with whom he recently published a study on the impact of climate change on golf tourism in the Caribbean.

Finally, Nauright has been invited to deliver a keynote address on “Sport and Fitness in the 21st Century City” at the third International Conference on Sports Medicine and Fitness to be held in Barcelona in May 2017.