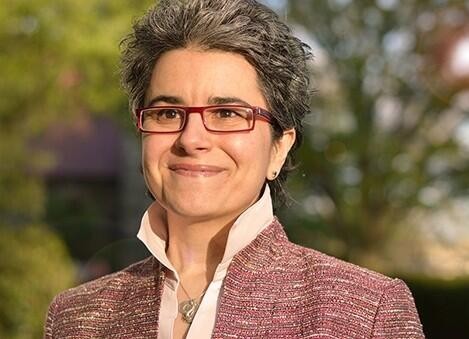 Maria Lorena Lehman is a visionary architectural author, designer, and educator focusing on links between architectural design, science and new technologies. Lehman is the Founder of the Sensing Architecture ® Academy. She is recipient of the Harvard University Digital Design Prize, and holds a Bachelor of Architecture with Honors from Virginia Tech and a Master in Design with Distinction from the Harvard University Graduate School of Design. To learn more, visit SensinigArchitecture.com.

Maria Lorena Lehman is a visionary author, designer, and educator who was awarded the Harvard University 2004 Digital Design Prize for the “most creative use of digital media in relation to the design profession”.

Lehman holds a Bachelor of Architecture with Honors from Virginia Polytechnic Institute and a Master in Design with Distinction from Harvard University Graduate School of Design. While at Harvard University, Lehman’s research focused on the intersection between digital media, architectural technology and neuroscience. Lehman researched within the Harvard Graduate School of Design, House_n. Media Lab at Massachusetts Institute of Technology and the Neuroscience Department of the Harvard Medical School.

Prior to research in academia, Maria Lorena Lehman was an Associate at Boggs & Partners Architects, an award-winning architecture firm located in Annapolis, Maryland. During her six years with Boggs & Partners, she contributed to and led design efforts, on projects including the Uriah P. Levy Center and Jewish Chapel at the United States Naval Academy, and Federal Office Building 8 on Capital Hill in Washington DC.

Maria Lorena Lehman receives numerous honors for her creative designs and thoughtful investigations. She received the 1998 Juris Jansens Memorial Award for Excellence in Design and the 1997 Michelle Currie Memorial Scholarship for Excellence in the Study of Architecture. Maria Lorena Lehman was also appointed to the Honorific Committee, representing over 350 architecture students, to evaluate teaching excellence at Virginia Tech.

In 2008, Maria Lorena Lehman founded Sensing Architecture ® a digital platform to share and discuss her area of expertise within the architectural community. In 2016, Lehman created the Sensing Architecture ® Academy where architectural practitioners, scholars, researchers and consultants from around the world learn directly from Maria Lorena Lehman. In addition to working on other publication projects, Lehman also continues her investigations on the bridge between the human sensory system and technology for architectural design.

Maria Lorena Lehman is internationally published and in numerous periodicals, including The Architect's Journal, Esquisses Magazine, Architect Magazine and Forbes.