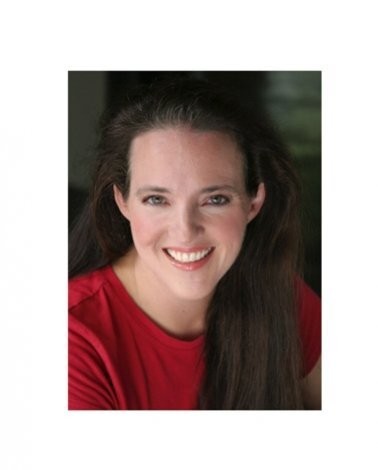 Cher is a professional costume, prop, and puppet builder whose work includes feature films (The Muppet Christmas Carol, The Patriot, Leatherheads, The Hunger Games), television shows (Dinosaurs!, Homeland, Outcast), and live/interactive properties (Star Trek: The Experience at the Las Vegas Hilton, Avenue Q, and multiple sports mascots such as Sir Purr for the Carolina Panthers). She is also the author of two other books, including another Routledge title, The Well Dressed Puppet.

Cheralyn likes to refer to herself as a "movie fan who went pro," crediting her work in the film/TV/entertainment industry to her early love of Star Wars. After a brief stint in the Air Force Reserve, she went on to study drama and Radio/Television/Motion Pictures (Mass Communications) at the University of North Carolina-Chapel Hill. Shortly after graduation, Cheralyn relocated to New York to study at The Juilliard School, working on both academic and professional productions such as performing Off-Broadway with John Leguizamo on his one-man show Mambo Mouth. She then moved to Minneapolis to create Muppet costumes for Sesame Street Live!, a large purple bunny for the film The Net, and costumes for the SuperBowl XXVI Halftime Show, and returned to New York a year later to work with Jim Henson Productions on the TV series Dinosaurs! and the film The Muppet Christmas Carol.

After her time at Henson, Cheralyn worked with Paramount Production Services, creating costumes and props for Paramount properties such as the Star Trek Earth Tour, Titanic: The Movie on Tour, and Star Trek: The Experience at the Las Vegas Hilton. Some of her other credits include work (both behind and in front of the camera) on The Patriot, The New World, Evan Almighty, Leatherheads, The Hunger Games, and Max, as well as costuming work on the National Park Service film Manassas: End of Innocence.  Her most recent work includes  the Showtime television series Homeland and the Cinemax series Outcast, as well as ongoing work on Charlotte-area sports mascots such as Hugo for the Charlotte Hornets (NBA) and Sir Purr of the Carolina Panthers (NFL).

On the hobby side of things, Cheralyn is proud to be an active and long-time member of the international Star Wars costuming club the 501st Legion, serving as Legion Historian/Archivist, and as a former member of the Legion’s Public Relations team.  In addition, she performs as a pirate re-enactor with The ShadowPlayers Stage Combat Group, demonstrating choreographed stage combat and speaking about the history of weapons at festivals, school activities, and other community events all along the Eastern Seaboard.

Most recently Cheralyn has been expanding her writing career, combining her interest in paranormal research with her theatrical background to produce her first book, Haunted Theaters of the Carolinas in 2009. Her second book, The Well Dressed Puppet (Routledge/Taylor & Francis, 2015) focuses on her creative work. She has also written regularly for Examiner.com as the Charlotte (NC) Paranormal Examiner and the Charlotte Sci-Fi Examiner, and is currently working on Ghosts of Greater Charlotte as well as completing a book on costumes/cosplay, Creating the Character Costume: Tools, Tips, and Talks with Top Costumers and Cosplayers, scheduled for release by Routledge in 2016.

Cher is an experienced costume, prop, and puppet builder for all aspects of the entertainment industry (film, television, theater).  She is also a professional actor/performer,  having worked in front of the camera as well as behind the scenes, and is trained in choreographed stage combat for stage and screen.  In addition, Cher has experience as an educator, working with students in theater arts at several major universities, and regularly conducts research for writing and professional projects.

Along with making crafty things for fun, Cher enjoys travelling and participating in historical reenactments. She has also been expanding her interest in and knowledge of photography and photo editing, taking photographs of her various travels and projects. 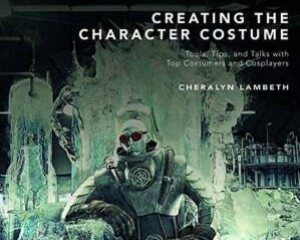 Just in time for Cyber Monday, Creating the Character Costume:  Tools, Tips, and Talks with Top Costumers and Cosplayers--is now available for pre-order on Amazon.com!  The book is scheduled for release later in December.