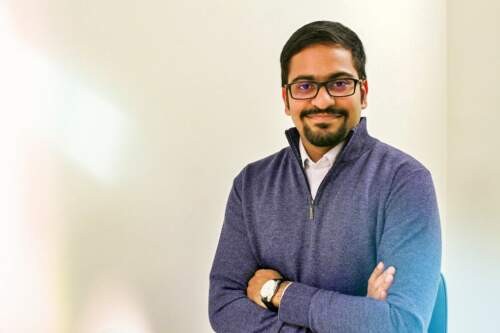 Parag Chatterjee works at the National Technological University (UTN) in Buenos Aires, Argentina and also at the University of the Republic (UdelaR) in Uruguay. He graduated with a first class Master's degree (M.Sc.) in Computer Science from St. Xavier's College Kolkata (University of Calcutta), India in 2015. Chatterjee's current research is focused to IoT in healthcare and predictive analytics towards cardiometabolic diseases.

Parag Chatterjee is a researcher at the National Technological University (Universidad Tecnológica Nacional) in Buenos Aires, Argentina. Also he works as an Assistant Professor at the Department of Biological Engineering, University of the Republic (Universidad de la República) in Uruguay.

He received his Master’s degree (MSc) in Computer Science with a first class from St. Xavier’s College, Kolkata (University of Calcutta), India.

His research work has been published in reputed international journals and has been presented at IEEE International Conferences and sessions of Indian Science Congress.

Chatterjee serves the editorial and reviewer Boards of several international journals across the world. Also he has delivered keynote lectures and invited talks at reputed institutions like the IISc Bangalore (India), University of Rome Tor Vergata (Italy), University of the Republic (Uruguay) and international conferences like SICC-2017 Rome and the IoT Week 2017, Geneva.

His current research is focused on Internet of Things, visioned as a pathway towards embedding intelligence in healthcare paradigms to cater efficient and ubiquitous services to the users. Especially in the field of cardiometabolic diseases, Chatterjee is working with the GIBIO research group at the National Technological University (UTN), Buenos Aires, to develop efficient predictive analytics as a preventive treatment.