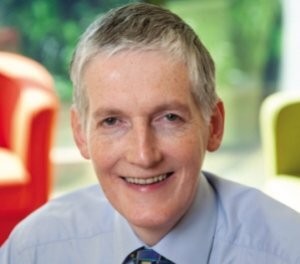 Dennis began his career as an Industrial Engineer and progressed into project and General Management roles before joining a major international consultancy as practice leader. He co founded a specialist consultancy supporting Lean and TPM transformation programmes working with organisaitons in Europe, Japan, USA and China. Current and recent projects include work with Heineken, Ikea, Johnson Matthey, Mitsubishi and Pepsi.

As a young industrial engineer I was lucky enough to join a company that had been acquired by new owners who were keen to grow that business.  I learned lots about projects, made a few mistakes on the way but mostly did ok.    I eventually progress to a role as Project Manager Europe for a US multinational and worked alongside many fantastic managers on European wide projects to help them cope with a combination of explosive growth and economic downturns.

After a break from the world of projects, I was lucky enough to partner Peter Wilmot in his quest to bring Total Productive Maintenance to the western world in a way that suited western cultures.  During that time, I visited and worked with some of the best organisations in the world and was fascinated by the way they approached their business challenges.  Because of my background in projects I was drawn to the way in which the best in the world approached capital investment projects and change management.

The best companies (Western and Japanese) applied a collaborative culture with robust communication between functions and levels.  Their preference for teamwork and collaboration was in stark contrast to many less successful organisations where arm’s length working relationships and individual agendas were more typical.

In the process I also found that some of the theoretical models developed to guide decisions about equipment are flawed and as a result can lead to mistakes and missed opportunities.

Unfortunately, some of these models are so deeply rooted in our psyche that they are accepted as unquestionable truths even when they fail to deliver results.   That means that at the early steps of a project when judgement is needed most, the accepted wisdom can result in a poor decision.

For example, the model of quality improvement I had learned as an industrial engineer was that the each % improvement in quality cost more than the last.  The logical conclusion from this model is that there is some optimum point at which the pursuit of defect levels is not worth the effort.  Successful organisations now accept the idea of right first time quality and striving for zero defects.   These organisations have found that with every level of defect improvement made, they learn more about how to improve process control and with it material yield.  The pursuit of zero defects also holds the key to being able to make in smaller batches economically which has a major impact on cash flow items like stock control.  One of the major gains is the increase in mean time between intervention which for some organisations has completely transformed their working practices.  These are organisations that can flex production to meet peaks in demand without additional labour.  As a result, their equipment has a smaller footprint, takes up less room and costs less to buy and run.

Early Equipment Management challenges a number of other accepted but false models/rules of thumb that are traditionally applied to the world of capital projects.

This book is a distillation of project work with successful organisations including 3M, BP, General Motors, Ford, GE, Ikea, Rolls Royce, Johnson Matthey, Heineken and more recently Princes Foods, part of Mitsubishi.   I owe a debt of gratitude to the support of many people from those organisations for the case studies and insights gained working alongside them.  As a part repayment of that debt I set out to provide a guide book for others on the same journey.

For that reason, the content of the book explains the “why” some of the accepted rules of thumb don’t apply as well as “how to” apply the hugely successful principles and techniques of Early Equipment Management.  Both of these perspectives are necessary to be able to identify weaknesses and enhance current practices to deliver the EEM goals of flawless operation from day 1 and ongoing low life cycle costs.

The rigour of EEM and its approach to codifying tacit knowledge is what helps to tip the balance in favour of a project success at the start.  Its range of tools and techniques to manage design, specification and project management throughout the journey provide the basis for a project governance approach to increasing value added and return on investment throughout the journey to day one production and beyond.