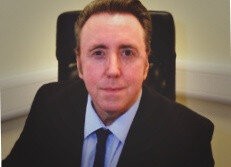 Paul TM Smith is a freelance consultant and member of the steering panel Older people forum Royal College of Nursing. He is a nurse and psychotherapist. He has been managing director, or senior management, across several of the UK’s largest and most successful care groups also consulting in the NHS. He is also a researcher Paul was honoured to be a visiting research fellow (2008 - 2010) at the Green Templeton College, University of Oxford and is currently involved in national standard setting

Paul TM Smith has returned to freelance consultancy after resigning as Director of Operations and Care Developments for the Prestige Care Group where he was also the NI for all regulated activities. Prior to this he was the Managing Director and nominated individual of MBi Social Care Limited and Qualia Care Limited until March 2017
At prestige he has assisted the group to add over 150 beds since his arrival and add nursing care into all services 167 registered nursing beds from a previous provision of a mere 26 beds. Prior to joining Prestige, he had created and registered and grown the MBi and Qualia provider companies comprising just over 450 beds, from a starting point of 26 unregistered beds and had seen the companies awarded IIP and triple end of life Beacon status with all 'Good' rating with the CQC.
Paul joined mbi consulting as Operations/Commercial director but quickly assumed the Managing Director mantle. He later joined the board becoming a shareholder in both Qualia Care, which he founded, and Mbi Social Care
He has been a director, or senior management across several of the UK’s largest and most successful care groups for much of the last 25 years while also enjoying a brief sojourn consulting in the NHS and briefly running his own freelance consulting concern following his successful tenure as Head of dementia and mental health for the 3rd largest care provider in the UK.
During the last twelve years, he has been involved in high-profile service start up, take over (the rescue of the failed largest UK operator Southern Cross) turn around, rebranding and consolidation and he has worked extensively within crisis resolution and service remodelling for both private sector concerns and within the NHS.
He is an advanced practice nurse with 38 years of continuous, revalidated registered practice. He has achieved professional and academic qualifications in psychiatric nursing, community psychiatric nursing, dementia studies, dementia care, nurse education, psychotherapy, group psychotherapy, clinical and indirect hypnosis, project management and is also a master practitioner of Neuro Linguistic Programming. He is an author, public speaker, and researcher
In the last several years and prior to taking up his most recent role, where he was unfortunately signed to an exclusivity clause, Paul was involved in national research and standards-setting which included working either directly, or as a consultant to, DoH research projects, Royal College of Nursing guidelines and as part of the National Institute of Clinical Excellence (NICE) stakeholder contributors’ pool. In 2019 Paul has been appointed as steering group panel member to the Royal College of Nursing Older People’s forum
He was a major contributor to the creation of the National Quality Care Framework dementia modules and the National Dementia Pledge (Care England) He was a member of the NHS Institute for Excellence and Innovation care homes program until its demise and he is an advisory panel member of the Royal College of Nursing newly formed care home reference group
He played a major role in the implementation and ongoing coordination of over 200 care homes within the FITS program. The FITS program was the largest ever UK research initiative into reducing the use of anti-psychotic medications across care homes and was a joint DoH, Alzheimers Society and the University of Worcester partnership research undertaking
Paul has shared the experiences of thousands of patients, their families and friends and has won numerous awards including the prestigious improving lives award. He has high industry recognition and trust and is known for his innovative work in dementia and older person’s mental health.
Paul was greatly honoured to be a visiting research fellow (2008 - 2010) at the Green Templeton College, University of Oxford. He has presented extensively at national conferences and forums and has authored and contributed to several books and articles, many which have been published in international journals
As senior management Paul has assisted half a dozen highly successful start-ups including European Care Group which during his tenure went from 3 care homes to 112 plus over 200 LD services, with the HC-One takeover of 247 care homes from Sx and during the early days of BUPAs move into care homes and latterly with MBI Social Care and Qualia Care which were both start-ups
He is adept at troubleshooting and turn around and rebranding
His passions are dementia care, health and social care innovation, service design/redesign, environment design and adaptation for disability (physical and cognitive) mind-body therapy and governance for excellence. 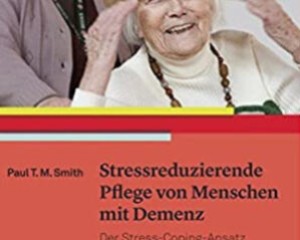 The process of dementia makes the experience of day to day living an acute challenge. This could be mediated with educated and timely inputs and where the caring contract may be negotiated to preserve both dignity and quality of life.

The premise of the adaptive response model is that armed with the knowledge of human systems and their ability to adapt and adjust, and with a firm application and emphasis on person centred approaches to dementia care, then the experience can be enhanced, and living with one of the dementias can be made less traumatic.

This holistic approach proposes a method of using environmental and social psychology to maximise function in the individual and to minimise the negative and destructive elements of the perceived and real environment. 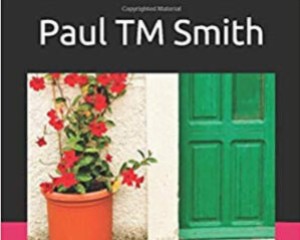 Design for Dementia- Moving to excellence

A fully illustrated illustrated and fully referenced (including three re-printable audit tools) manual and learning guide. Design for dementia - moving to excellence. This new manual brings together the latest research into designing communal care environments for those living with a dementia. Easy to read format allows copying for use as a teaching tool and the guide comes with audit formats that allow managers and care teams to evidence the effectiveness (or not) of the built environment. Great for CQC inspection, great also for designing that refurbishment project - and providing the evidence for achieving funding! Building on the previous success of the best selling book Dementia Care - The Adaptive Response by the same author, this manual translates theory to practice allowing you to quickly, effectively and cost consciously transform the living environment for someone with a dementia from baffling and stress inducing to understandable and able to facilitate stress reduction. Applicable to all Countries with tools and audits easily adaptable for any environment this manual will quickly get you from novice to therapeutic expert 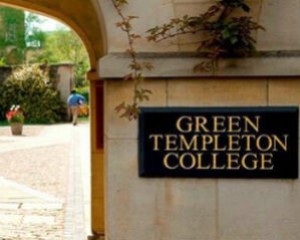 Paul is an author, public speaker, and researcher, who has developed and written about an adaptive response approach to Dementia as a result of years of nursing experience, research, and collaborative work with leading academics and service leaders.

The Older People’s Forum of 12,500 members is part of the Royal College of Nursing (RCN) leadership, and represents RCN members with an interest in the health care of older people. The forum also currently have an exhibition on display at RCN Scotland, in conjunction with the RCN Library and Heritage Centre. ‘Aspects of Age’ explores the shift from institutional to home care over two centuries of older people’s nursing. You can also access an online version of the exhibition here.

Many congratulations to Paul for this honour, and you can read more about Paul’s appointment here. 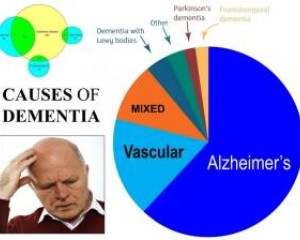 Paul TM Smith has announced the relaunch of his Dementia.REP consultancy

Dementia.REP is a sole trader company which offer expert input into the health and social care industries in the UK and further offers a blog platform and regularly updated website that brings the latest news about dementia from both an academic and public interest framework

REP stands for Research into Education and on into Practice