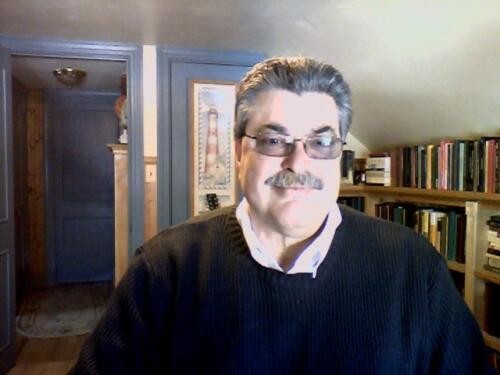 David C. Mello was born and raised in Cranston, Rhode Island, where he attended that city's public schools. In high school, not only was he interested in mathematics and the physical sciences, but he was an avid baseball player, and in his senior year at Cranston High School East, was named to the Second Allstate Baseball Team.
Later on, in spite of his interest in the sciences, he felt a strong calling to help others, and as a
result, joined the Providence Police Department.  After having served as a patrol officer, he was
appointed to the rank of Sergeant, and was responsible for the in-house development of the department's computer system, and the development of a crime analysis system to assist in
the prevention of future crimes, and the development of viable suspects. He retired from the
police department in 1987.
He completed his graduate degrees while working full time, and joined Johnson & Wales University
as its new director of Management Information Services.  He also soon became involved in academics, and served as the first Dean of the newly created School of Technology at the university, and was responsible for the automation of the university's new library.

He is recently retired from his position as Professor of Mathematics, Department of Mathematics, Johnson & Wales University, Providence, Rhode Island. He has taught college-level mathematics for more than 30 years, and has authored four books in the fields of mathematics and physics.

He continues to reside in Cranston with his wife Gracie, and spends most of his time with his new grand daughter Ava,  writing, and wood working.  He has two children: David and Jennifer.