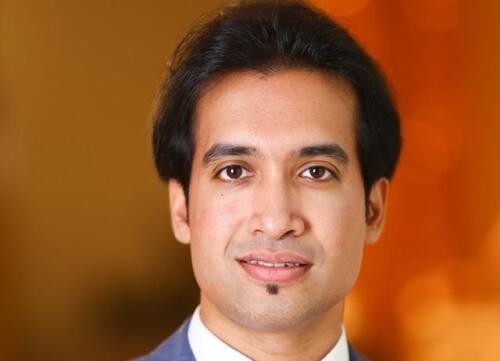 Dr M. Ehteshamul Bari is a Senior Lecturer in the Thomas More Law School at the Australian Catholic University, Melbourne, Australia. He is the author of two monographs and has published a number of research articles in the areas of constitutional law, human rights law and public international law in reputed peer-reviewed journals. Dr Bari has also received prestigious awards in recognition of his scholarship.

Dr Bari is the recipient of a number of prestigious awards: a) the Macquarie University Faculty of Arts Executive Dean’s Higher Degree Research Award for Best Publication, 2014; b) the ‘Excellence in Law Award’ (the best paper award) for his paper titled ‘The Unjust Exercise of Emergency Powers in Bangladesh and Their Consequent Impact on the Fundamental Rights: A Critical Appraisal’ at the International Academic Conference on Law and Politics, held in Istanbul, Turkey, from 26-27 April 2014; and c) Justice Syed Mohammad Hossain Memorial Gold Medal for securing the highest marks in Constitutional Law at the LLB (Honours) Examination of the University Dhaka. 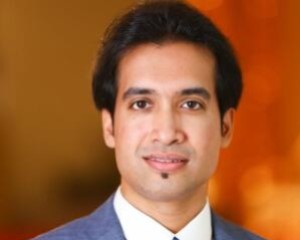 Meet Dr M. Ehteshamul Bari: A Passion for the Law

"To teach and develop courses which are closely aligned to my research is really fulfilling".

A strong interest in human rights was one of the key drivers behind Dr M. Ehteshamul Bari’s decision to pursue the study of law and a career in academia.

Importantly, he was also inspired by his father who was a law professor with a passion for social justice and from a young age, Tanim says he was instilled with a ‘strong sense of right and wrong’. It was this foundational focus that kept law on his career agenda.

Appointed to Deakin in mid-2015, Dr Bari is now the Director of the Deakin Law School’s Juris Doctor (JD) program and also lectures within the school.

His responsibilities include convening and developing undergraduate and postgraduate courses, publishing research articles in highly-ranked journals, ensuring efficient delivery of the JD program, and teaching its constitutional law unit.

‘My research has informed the development of this unit so I’ve ensured that its curriculum and assessments will motivate students to move beyond a mere description of the law to assessing its relative strengths and weaknesses, and articulating if applicable, constructive suggestions for law reform,’ he says.

Dr Bari’s academic journey began with an undergraduate law degree from the University of Dhaka (Bangladesh) where he went on to receive a prestigious gold medal for outstanding results. He says that during his studies he was increasingly drawn to global developments in constitutional law and human rights law.

‘I was particularly interested in the necessity of maintaining respect for the rule of law and for the fundamental human rights in democratic societies.’

His thesis - ‘Suspension of Fundamental Rights and the Unrestrained Exercise of the Power of Preventive Detention during the Successive Proclamations of Emergency in Bangladesh: A Legal Study’ – was completed in 2015 and he also went on to teach jurisprudence and constitutional law in the Macquarie Law School.

Dr Bari says that one of the most rewarding aspects of his role at Deakin is having an active role in developing contemporary and research-relevant course content.

‘Having the opportunity to teach and develop courses, such as constitutional law and human rights law, which are closely aligned to my research interests, is really fulfilling. This in turn enables me to continue being research active in these areas,’ he explains.

Being research active is an important focus for Dr Bari and he boasts an impressive profile for an early career researcher.

He says however, that his ‘biggest research achievement’, so far, has been the recent completion of his book States of Emergency and the Law: The Experience of Bangladesh which will be published by Routledge, United Kingdom in July 2017.

‘In this book, I use the case of Bangladesh, which has undergone five states of emergency, to explore the best means for maintaining  the rule of law and for upholding the core fundamental human rights of individuals during declared periods of emergency.’

Thanks to globalisation and technology, the landscape of the legal profession is a rapidly changing one and Dr Bari says he expects this to continue.

‘Lawyers are no longer required to spend countless hours in libraries for reading books containing court opinions on a given topic. Technological advances have translated in faster access to knowledge bases, such as legislation and case law. Furthermore, these advancements enable prospective litigants to acquire legal service online.’

However, he also predicts that these changes will not completely supersede the traditional role of the lawyer.

‘Although the technological advancements have had a positive impact on the legal profession, I do not believe it will be able to replace “the lawyer” as the efficient disseminator of legal knowledge for solving legal problems.’

One of the stand-out features of the Deakin JD program is its commercial and policy focus which is designed to equip students with skills for a wide range of professions, including a career in the legal profession.

‘From my experience, a lot of passion is required to study law - and to be successful in a profession that’s related to law. But if you are enthused about the extent to which law regulates almost every aspect of our life - from our birth to death - then a professional law career is well worth pursuing.'