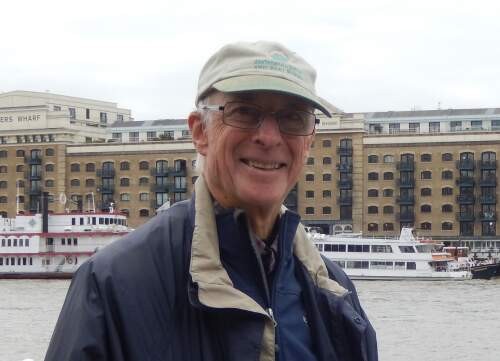 George is an Adjunct Professor at the Washington, DC, campus of Carnegie Mellon University, where he teaches a course in federal budget policy. After graduating from Columbia Law School, George served in the U.S. Treasury Department’s Office of General Counsel, and then in a variety of senior staff positions on Capitol Hill, concentrating on economic and budget issues. George has written extensively on budget developments and currently blogs at georgesfederalbudgetblog.com.

George Krumbhaar was born and raised in the Boston, MA, area.  He got his undergraduate degree from Harvard University.  After a tour in the U.S. Army, he returned to civilian life and studied at Johns Hopkins School of Advanced International Studies (M.A., 1963) and Columbia Law School (Ll.B., 1966), before moving to Washington, DC, where he has lived ever since.

George served in the Treasury Department’s Office of General Counsel; and then for 18 years on Capitol Hill as Minority (Republican) Counsel to the Joint Economic Committee, and Director of Domestic Policy for Senator John Glenn (D-OH); also, Chief of Staff for Representative Bill Orton (D-UT), where he was Associate Staff on the House Budget Committee.  In each of these capacities, George covered a range of legislative issue areas, concentrating in budget, tax and appropriations.  He was one of many who helped in the drafting and passage of the original Congressional Budget Act, and participated on a staff level in the tax code overhaul of 1986.

George is the founder (in 1996) of USBudget.com, which grew into one of the premier tracking services in Washington for budget and appropriations developments.  USBudget.com is currently owned by CQ/Roll Call, Inc., an Economist Group company.

Having had a front seat to many of the policy debates of the past several decades, George has developed a keen interest in how political pressures shape what the U.S. government looks like and how it is financed.