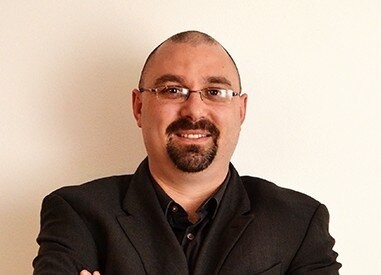 Dr. Hoffman has published numerous articles on the themes of conflict prevention and resolution, peacebuilding, and mediation and he has provided consulting services to Global Affairs Canada (GAC), the Carter Center, the UN, the EU, the Ottawa Police Service, St. Lawrence College (Cornwall), the Vietnamese Ministry of Justice and others on these topics.

Dr. Hoffman holds a PhD in Political Science from the University of Canterbury (New Zealand). His doctoral research focused on the question of why mediation sometimes produces a durable peace and this research culminated in the creation of a new model for durable peace. Dr. Hoffman also completed a Master's degree in Post-war Recovery Studies at the University of York, UK in 2001 and an undergraduate degree in psychology at Carleton University, Ottawa in 1999. In 2001 he earned a Certificate in Alternative Dispute Resolution (ADR) from CIIAN.

Dr. Hoffman was one of the first people at the Post-war Reconstruction and Development Unit (PRDU) at the University of York to study trauma created by violent conflict and the methods of individual and community trauma healing in a post-war context. His initial examination of the subject began on a field study in Sri Lanka. His research then took him to Bosnia for field study and data collection. The results of this research are documented in his Master's thesis entitled "Creating the Space to Heal: Principles of War-Induced Trauma-Recovery, with Case Studies in Bosnia-Herzegovina".

Dr. Hoffman was then an intern with the Delegation of the European Commission (EC) in the Republic of Sudan. The focus of the internship was on the EC-funded Sudan Landmine Information and Response Initiative (SLIRI) - a landmine marking and removal project. During this time he had the unique opportunity to work with Nobel Peace Prize Laureate Rae McGrath. Additionally, during this same period he assisted the Carter Center in the design and delivery of a week-long peacebuilding training workshop which was held in Nairobi for members of the Governments of Sudan (GOS) and Uganda (GOU) and the Sudanese People's Liberation Army/Movement (SPLA/M) as part of the efforts to implement the Nairobi Agreement.

From 2004-2009 Dr. Hoffman was an 'Analyst and Policy Advisor' for CIIAN's International Peace and Prosperity Project (IPPP) in Guinea-Bissau. The IPPP was a political violence prevention project testing the application of lessons learned and best practices to develop a model for fragile, failing, and failed states.

Over the last ten years, he’s conducted workshops and trainings with hundreds of community leaders, university students, police officers, and government officials from around the world.