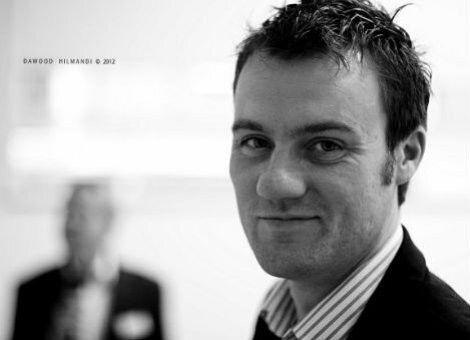 Paul Bradshaw is a data journalist, blogger, writer and academic. He leads the MA in Data Journalism and the MA in Multiplatform and Mobile Journalism at Birmingham City University, and from 2010-2015 was a visiting professor in online journalism at City University London. With a background in magazine and website management, he is best known as the publisher of the Online Journalism Blog and the founder of the award-winning investigative journalism crowdsourcing site Help Me Investigate, which ran from 2009-2014. Since 2015 he has been working with the BBC to help establish a regional data unit.

Paul was listed on both Journalism.co.uk's list of leading innovators in media, and the US Poynter Institute's list of the 35 most influential people in social media. He was once ranked the UK’s 4th ‘most visible person on the internet’ by NowPublic, and the UK's 7th most influential UK journalist on Twitter by PeerIndex. In his history of data journalism Brant Houston describes Paul Bradshaw as “pioneering” the form.

Paul's ‘Model for the 21st Century Newsroom’ and ‘BASIC Principles of Online Journalism’ series have formed the basis for newsroom operations and journalism education around the world, where they have been translated into a number of languages. He has written reports on Social Media and the News for the Open Society Foundation, and an update of the 21st Century Newsroom model for the BBC College of Journalism.

Paul is the author of the Online Journalism Handbook (now in its second edition), and co-author of Magazine Editing (3rd Edition) with John Morrish. He has contributed chapters to a number of books including the second edition of Investigative Journalism, Citizen Journalism: Global Perspectives, and Ethics for Digital Journalists. He has also branched into ebook publishing with the publication of Scraping for Journalists, The Data Journalism Heist, Finding Stories in Spreadsheets and Snapchat for Journalists on Leanpub.com.

In addition to teaching and writing, Paul acts as a consultant and trainer to a number of organisations on social media and data journalism, including the Centre for Investigative Journalism, the Balkan Investigative Reporters Network, Sky, Trinity Mirror, Haymarket, Open University, UBM, Reed Business Information, Mirror.co.uk, and the Press Association. He is on the advisory boards for the Bureau of Investigative Journalism’s data team and the European Journalism Centre’s DataDrivenJournalism.net and he has written for the Guardian, Telegraph, InPublishing, Press Gazette and the BBC. In 2016 he won the CNN MultiChoice African Journalist of the Year award for an investigation into Nigerian football agents. You can find him on Twitter @paulbradshaw. 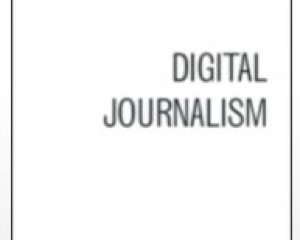 This paper argues that the “reactive” approach to source protection that seeks to build a legal defence if required, is no longer adequate in the context of workforce monitoring, and that publishers need to update their policies and practice to address ongoing change in the environment for journalists and sources. 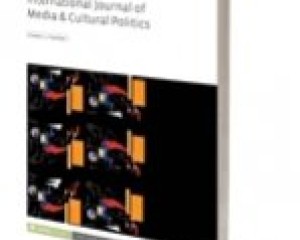 Can Big Media do "Big Society"?

Although the study reveals a demand for community content, particularly of a practical nature, the results question the extent to which this type of ‘big media’ local news website can succeed as a local social network, reinvigorate political engagement, or encourage citizen reporting. 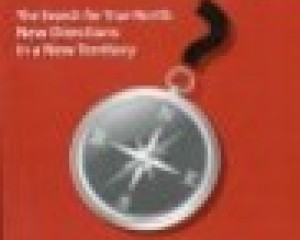 When journalists blog: how it changes what they do

From journalistic pariah to savior of the news industry, blogs have undergone an enormous transformation in recent years. As a journalist and a blogger, I was curious to see how this transformation from blogophobia to blogophilia was affecting journalism. Was the hype surrounding the potential of blogs to transform our craft being realized—or were journalists simply treating their blogs as another “channel” into which to plough content? 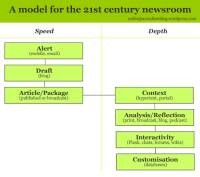 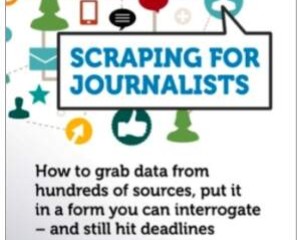 The 2nd edition of Scraping for Journalists is now live

When I began publishing Scraping for Journalists in 2012, one of the reasons for choosing to publish online was the ability to publish chapters as I wrote them, and update the book in response to readers’ feedback. The book was finally ‘finished’ in 2013 — but earlier this year I decided to go through it from cover to cover and update everything.

The result — a ‘second edition’ of Scraping for Journalists — is now live. Those who bought the first edition on Leanpub will already have access to this version.

The second edition includes new scrapers for different websites, and a new chapter on scraping APIs and handling JSON.

As always, I’ll be continuing to update the book, including any examples from readers (if you’ve used the techniques in the book for a story, I’d love to know about it). 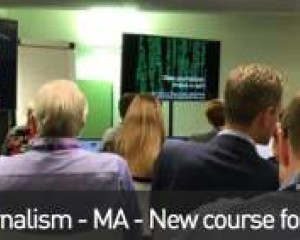 From today I am accepting applications for a new MA in Data Journalism.

The MA, which starts in September and runs alongside the new MA Multiplatform and Mobile Journalism that I posted about previously, addresses many of the changes that the field has undergone in the last few years. In particular I’ll be focusing on:

#CIJSummer 2016. Paul Bradshaw: Why use data scraping for investigative journali

Scraping allows you to gather information from hundreds of webpages, documents or spreadsheets, saving days or weeks of legwork and reducing the scope for human error. In this video Paul Bradshaw will show a range of examples of how scraping has been used in journalism, talk through investigative projects he's been involved in, and outline some basic scraping tools and techniques from his book Scraping for Journalists.

Interview for the European Journalism Centre's MOOC on data journalism

Interview for the European Journalism Centre's MOOC on data journalism

Interview with CCJHU about data journalism

A model for the 21st century newsroom: pt1 – the news diamond

The first in a series of proposals for a ‘model for the 21st century newsroom’. This is a converged newsroom which may produce material for print or broadcast or both, but definitely includes an online element.