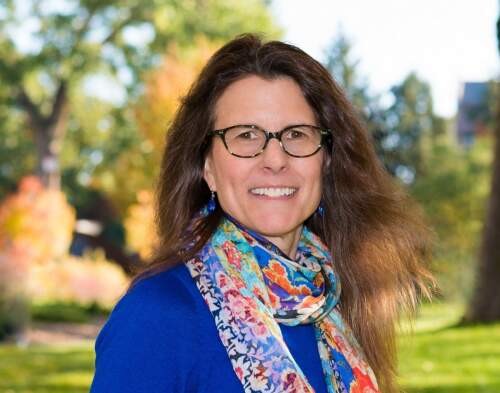 I am passionate about helping suicidal individuals. My experience in suicide prevention spans back to 1994, when I volunteered at a suicide hotline. Now, suicide assessment and intervention are the focus of my research as an associate professor at the University of Denver Graduate School of Social Work, and of my psychotherapy and consulting practice. In addition to authoring the book Helping the Suicidal Person: Tips & Techniques for Professionals, I also run the website SpeakingOfSuicide.com.

I first became interested in the topic of suicide as an adolescent. During those tumultuous years, I myself had suicidal thoughts at times, but what stands out even more is the suicide of a friend in 10th grade. Cipe and I had been at a party together that night. When he hugged me goodbye, he was lachrymose, imploring me to take care of myself. There was liquor at the party, and I assumed his tearfulness was the product of intoxication. Shortly afterward, he was dead.

I vividly recall getting the call from a friend the next day about his death, going and sitting on the curb in front of my house, and looking up at the blue sky. I longed to know why he had killed himself. Why he hadn’t told any of us what he was planning. And why he had dared to reject the beautiful blue sky.

It’s no coincidence that almost 30 years later, my dissertation focused on suicidal adolescents who do not seek help in the year that they seriously consider suicide or make a suicide attempt. I don’t know if Cipe received any help, but I suspect he didn’t. If he did, he certainly didn’t tell any of us. He always seemed happy to us.

In college, I was a journalism major, and I got swept up in the excitement of working for a large student newspaper at the University of Texas at Austin. After graduation, I worked as a staff writer for The Dallas Morning News. For my news stories, I interviewed people who had just endured traumatic events, but I had no idea how to help them. My job wasn't to help them anyway. My job was simply to report their suffering, not to try to diminish it.

I wanted to help, so I volunteered at a suicide hotline in Dallas. To work there, I had to complete 54 hours of training in active listening, risk assessment, and crisis counseling. I also had to spend many hours observing experienced counselors working the hotline. It was the best education ever.

I decided to make helping others my full-time work, so I went back to the University of Texas to get a master’s degree in social work. While there, I worked several years at the 24-hour counseling line for the university’s Counseling and Mental Health Center. When I graduated with an MSW, I worked in crisis settings such as a psychiatric emergency service, a psychiatric hospital, a rape crisis center, a general medical hospital emergency department. In those different jobs, I had many opportunities to use and improve my skills in suicide assessment and intervention.

After a few years, I decided to pursue a Ph.D. in social work. I wanted to marry my interests in writing and clinical practice. As a doctoral student at Washington University in St. Louis, my research papers and studies all examined suicide in some way. My dissertation, "The Help Not Taken: Youth Suicidality and Mental Health Service Use," found that White adolescents were roughly twice as likely as Black and Latino adolescents to receive mental health services in the year they were suicidal.

Now I am an associate professor of social work at the University of Denver Graduate School of Social Work. I started here in 2005. Not surprisingly, my research and scholarship focus on suicide assessment and intervention. I’ve written a book on the topic – Helping the Suicidal Person: Tips and Techniques for Professionals – and published many journal articles.

I also want to make sure I’m helping suicidal people themselves, and their loved ones, with the information that I’ve gleaned over the years. As a result, I have a small private practice, and I created a website, SpeakingOfSuicide.com. The website contains many articles and essays intended for people who are suicidal, have survived a suicide attempt, care about a friend or family member who is suicidal, or have lost someone they love to suicide. So far, about 2 million people have visited the website.

Studying suicide is sad sometimes, and humbling, too. Suicide is an enormous problem. It claims about 800,000 people worldwide every year, including 45,000 in 2016 in the United States. The suicide rate has increased about 30% since I first started my doctoral studies in 2001.

It’s not all bad news. Over the last couple decades, people have begun speaking more openly about suicide. The U.S. has a national suicide prevention hotline (800-273-8255) and a crisis text line (741-741). Efforts to raise awareness about suicide used to be directed primarily at mental health professionals. Now such efforts target almost everyone – primary care doctors, teachers, ministers, friends and family of suicidal individuals, and suicidal individuals themselves. These developments give me hope.

I once had a party, and one of the guests was astonished that the walls of my house were not painted black. She thought that anybody who studied suicide must always be morose. I’m not sure if she thought that studying suicide depresses people, or that only depressed people would want to focus on suicide – or both.

The reality is, only people with a good measure of hope and humor could specialize in studying suicide and helping suicidal individuals. I am especially grateful for the hope.

My research,  scholarship, and clinical practice focus on topics related to helping the suicidal person. As an associate professor at the University of Denver Graduate School of Social Work, I developed and teach a master's-level course on suicide assessment and intervention. I also teach courses on mental health assessment and diagnosis, clinical social work theory and practice, cognitive behavioral therapies, and social justice challenges in mental health practice. I head the Mental Health curriculum at DU's Graduate School of Social Work.

I live in Denver, Colorado, so hiking in the mountains is one of my favorite escapes. So is traveling, and in the coming years I hope to go to Iceland, Peru, and Paris. Within Denver, I like to take long walks, eat out, write, read, and spend time with my family, including our amazing collection of cats. 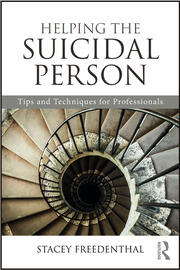