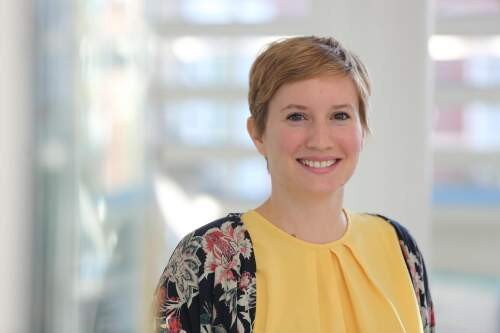 Briony's work takes place across transitional justice, international development and peace building. In particular she focuses on reconciliation, citizenship, political agency and the politics of intervention in societies facing a past of mass human rights violations. She also has a strong research interest in the politics of knowledge production on and in such contexts. She is based at the University of Warwick and is also an associated researcher of swisspeace.

Dr. Briony Jones’ research takes place at the intersection between International Development, Transitional Justice and Peacebuilding. In particular her work focuses on reconciliation, citizenship, political agency, the politics of intervention in societies undergoing a political transition and facing a past of massive human rights violations. She also has a strong research interest in the politics of knowledge production on and in such contexts. Current and recent research projects include:
◾Knowledge for Peace. Understanding Research, Policy, Practice Synergies, funded by the Swiss National Science Foundation and the Swiss Agency for Development and Cooperation, and focused on the case studies of Mozambique, Côte d’Ivoire and South Sudan (2016-2019): www.knowledge-for-peace.org
◾Resisting Transitional Justice? Alternative Visions of Peace and Justice, funded by the Swiss National Science Foundation and focused on the case studies of Côte d’Ivoire, Burundi and Cambodia (2012-2015).
◾Ways of Knowing Atrocity: A Knowledge Exchange on the Methods used to Formulate, Implement and Assess Transitional Justice Processes, funded by the ESRC and led by the University of Oxford and King’s College London (2013-2014).
◾Archives and the Records of Truth Commissions, funded by the Swiss Federal Government (2012-2013).

She is an Associate Researcher of swisspeace and the Centre for Criminology at the University of Oxford.