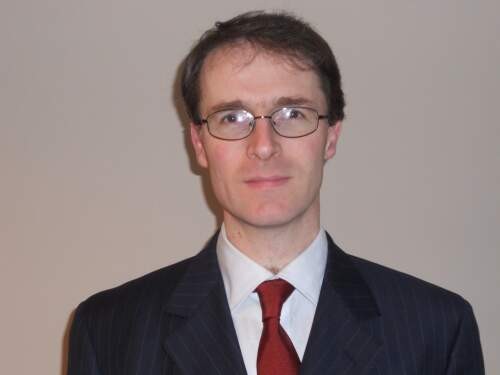 Richard J. Wilman is Assistant Professor (Teaching) at Durham University, UK. He obtained an MPhys degree in physics from Oxford University and a PhD in astrophysics from Cambridge University, followed by research posts in the UK, The Netherlands and Australia. Alongside teaching physics and astronomy, he maintains broad interdisciplinary interests which include societal aspects of space exploration.

My academic background is in physics and astronomy. The first decade of my research career focussed on observations of the gas processes in the formation and evolution of galaxies. Using state of the art '3-D' optical and infrared spectroscopy on the world's largest telescopes, my targets ranged from nearby clusters of galaxies, to galaxies and active galactic nuclei at high
redshift. The aim was to understand how gas cools and condenses into galaxies and how galaxies are in turn shaped by so-called 'feedback' from bursts of star formation and supermassive black hole accretion. I then diversified into preparations for extragalactic surveys with the forthcoming international Square Kilometer Array radio telescope, developing a suite of 'simulated skies' which are still in active use worldwide.

In more recent times, my interests have taken on a distinctly interdisciplinary flavour. In some ways it started whilst lecturing on exoplanets and astrobiology as part of an introductory astronomy module. This turned my focus back towards our own Milky Way Galaxy and the Solar System, and offered a new perspective on life on Earth, its interaction with the cosmic environment and the threats from cosmic hazards both near and far. But the science itself is only the starting point. Attempts to mitigate these and other 'space risks' must draw on a mixture of engineering, financial, law and policy solutions; the risks connected with man-made space activity, including the challenges arising from the new commercial space age, demand a similarly broad perspective. In this my first book, co-edited with Christopher J. Newman, we offer a diverse set of contributions on these themes, written by astronomers, space scientists and consultants, and experts in space law and policy.