Brian Price sold his first screenplay while still a student at the prestigious UCLA School of Theatre, Film, and Television. Since then, as an award-winning writer, he has worked with major studios, television networks, and independent film producers from around the world. As an instructor, he has taught at Yale University, Johns Hopkins University, and the Brooks Institute, and is a proud member of the UCLA screenwriting faculty.

BRIAN PRICE was born in Washington DC where he spent his early years trodding the boards as an actor, including his star turn as the Scarecrow in a kindergarten production of the Wizard of Oz, lip-syncing to the soundtrack album and following color-coded masking tape arrows for blocking.

After receiving his BA in Theatre from Yale University, he embarked on a career in regional theatre and national television, where he occasionally  showed up with the gang of Beverly Hills 90210, but more frequently hawked Wendy’s patty melts and Jell-O No-Bake Cheesecake.

After an epiphany on the set of Melrose Place, he realized that he shouldn’t be mouthing the words that others wrote, but creating those words and worlds himself.  So he set off to earn his MFA in Screenwriting at the prestigious UCLA School of Theatre, Film, and Television.

While there, his work won the Harve Bennett “Written BY” Prize, the Steve Lawrence and Eydie Gorme Screenwriting Award, and the coveted UCLA Screenwriter’s Showcase.  Still a student, Brian was featured in Script Magazine when his first spec, “The Many Lives of Bobby Ivers” was optioned by producer Hal Lieberman.

Since then, he’s written, rewritten, and polished numerous feature and television scripts for both studios and indies, including Universal Pictures, Warner Bros., Blaspheme Pictures, Scanbox Entertainment, and Hudson River Films.

As a director, Brian has lensed award-winning commercials and PSAs, as well as the feature comedy “Bottomfeeders” which won numerous festival awards including Toronto’s Indie Spirit Award and the Frank Capra Award at the DC Independent Film Festival.  More recently, his script “Whale Farts” (you read that right) won first place in the Scriptapalooza Screenwriting Competition.

As an instructor, Brian has been on the UCLA Screenwriting faculty for the past 10 years, teaching in the MFA, undergrad, and Professional programs.  He has also taught at Yale University, Johns Hopkins University, UCSB, and the Brooks Institute, where he developed and chaired their MFA screenwriting program, and has spoken on panels in film festivals around the world.

At the moment, he has films in development in Florida and Mumbai, but he is most proud that his students’ scripts have begun appearing on the silver screen, occasionally even getting nominated for Emmys and Golden Globe Awards – for which, of course, he takes full credit.

Brian currently resides in Bethesda, MD with his wife Celia and two boys Maddox and Levi, the best teachers he’s ever had. 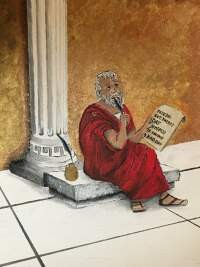 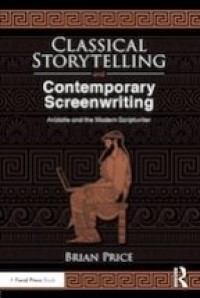 Interview on UrbanAMA from February, 2018.