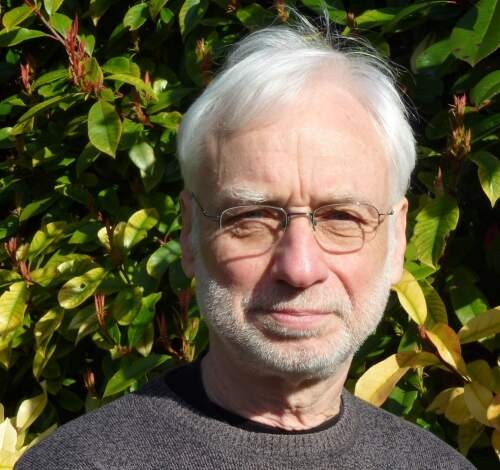 Peter has taught science across the primary and secondary sectors in the UK, Australia and Jamaica. He has also led Science Teacher Education Courses. When at the University of Northampton he co-authored ‘Teaching Primary Science’, which is widely used on ITE courses throughout the UK. His companion book ‘Practical Ideas for Teaching Primary Science’ is written for teachers in school. Both books reflect his interest in classroom talk and story-telling as vehicles for science learning.

Peter has taught across all phases of science education, including the primary, secondary and higher education sectors. He lives in Salisbury in the UK, where he continues to contribute to the development of science education by publishing resources for teachers in primary schools, and students on Initial Teacher Education courses.
Peter is interested in the role language and context play in science learning. He is especially interested in story-telling, and how narrative structure can be used to scaffold science teaching and learning. Peter’s all-time hero is Richard Feynman who was a brilliant story-teller, as well as being a great scientist. Feynman was an excellent communicator of science because he understood that scientific words were meaningless, unless there was a story behind them.
As well as a range of professional and academic articles, Peter has published two books. His first book was published while he was working at the University of Northampton, and was written in collaboration with three of his colleagues. 'Teaching Primary Science: Promoting Enjoyment and Developing Understanding' is now in its third edition and is widely used as a core text for Initial Teacher Training Courses in the UK. The book is a popular resource for student teachers because it links together key theoretical perspectives, subject knowledge and classroom pedagogy. Reviewers of the book have described it as clearly written, inspirational, thought-provoking and reflective. The third edition of the book was evaluated by the Association for Science Education and given the Green Tick Award. The ASE described the book as ‘being that elusive one key text in primary science that supports theory, pedagogy and subject knowledge in a readily accessible way’.
Peter is the sole author of his latest publication, which is written for teachers in schools and as a companion to the first book. The title of the book is 'Practical Ideas for Teaching Primary Science: Inspiring Learning and Enjoyment'. As the title suggests, this book is mainly focussed on classroom pedagogy, although it does briefly discuss the sociocultural views on teaching and learning which have influenced the book. One reviewer thought the book to be ‘engaging with an enthusiasm for the themes within it that is quite infectious’, while another reviewer stated the book ‘will inspire scientists of the future’. The book was evaluated by the Association for Science Education and also given the Green Tick Award. The ASE referred to the book as a great resource to support the teaching of primary science.