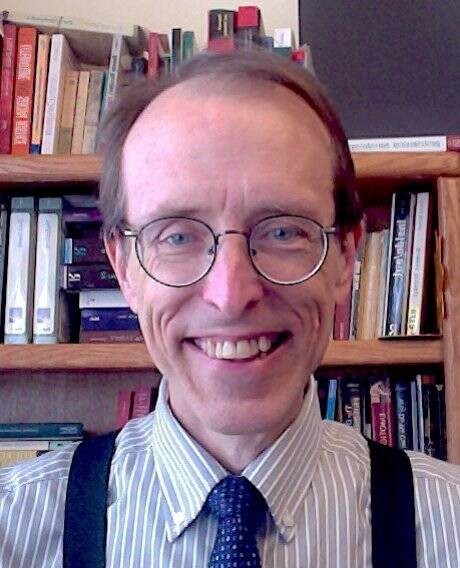 I work primarily at the intersection of literary study with cognitive and affective science. The primary focus of my work has been on emotion and narrative, especially the nature of narrative universals and their relation to emotion processing. I have also examined cognitive and affective aspects of national and cultural identity. Finally, I have written on a range of more narrowly literary topics, including the nature of interpretation and the sources of aesthetic response.

Patrick Hogan is a Board of Trustees Distinguished Professor in the English Department at the University of Connecticut, Storrs, where he is also affiliated with the programs in Cognitive Science; Comparative Literary and Cultural Studies; and India Studies. He was elected to the Connecticut Academy of Arts and Sciences (1995) and the Phi Kappa Phi Honor Society (1997). He received the Excellence in Research Award (Humanities Division) from the College of Liberal Arts and Sciences (2013) and the Career Excellence in Research and Creativity Award from the UConn AAUP (2017). He was a visiting professor at Nanjing University of Science and Technology (2015).

Professor Hogan is an influential writer on literary universals and the relations between narrative and emotion. He is the author of 20 scholarly books and a book of poetry. He is editor or co-editor of four scholarly collections and six special issues of journals. He has published over 150 scholarly articles and book chapters and roughly another 50 creative or other pieces. He has delivered invited talks at universities and conferences around the world.

Professor Hogan is also a devoted teacher. He was a finalist for the "Educator of the Year" Professional Excellence Award of the Undergraduate Student Government in 2009. Hogan's engagement with teaching is evident in his publications treating curricular and pedagogical topics.

Professor Hogan has been actively committed to service in and outside the University of Connecticut. In the English Department, he served as associate department head and acting department head; he first initiated hires in ethnic, gay-lesbian, and postcolonial studies; he began the Irish Literature Concentration; he initiated courses in World Literature in English and Major Works of Eastern Literature, and designed the course on Literature and Culture of India. Outside the English Department, he has, among other duties, served on the advisory board of the India Studies program for over a decade and before that he was academic program coordinator for the Rabindranath Tagore conference at the University of Connecticut. In the profession, he has served on a number of Modern Language Association committees, including the Committee on Academic Freedom and Professional Rights and Responsibilities.

He has been married to Lalita Pandit Hogan since 1983.