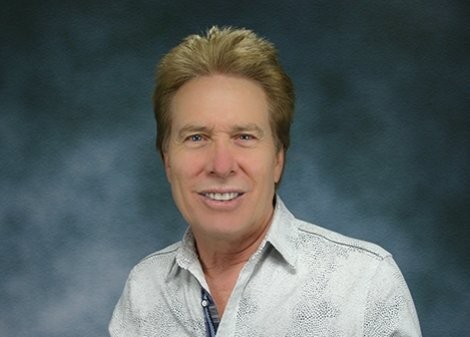 Daniel Wheatcroft, a 25-year voting member for the Oscars and former executive at Universal Pictures, developed over 200 major motion pictures including Jurassic Park, Schindler's List and Apollo 13. He is a producer &/or director of network television specials and broadcast features and has developed projects with Warner Bros., Paramount, Disney, NBC, CBS, to name a few. He has lectured at the University of Southern California (USC) and has taught at The University of Alabama and at BSC.

Daniel Wheatcroft, a 25-year voting member for the Oscars, is a veteran of the entertainment industry whose career spans the production, marketing and distribution of some Hollywood’s biggest success stories.  As an executive at Universal Pictures, he successfully orchestrated marketing campaigns, strategic planning, and talent development for over 200 major motion picture campaigns, including Jurassic Park, Schindler's List, Backdraft, and Apollo 13.  While at Universal he also formed public relations campaigns for major artists such as Tom Cruise, Arnold Schwarzenegger, Steven Spielberg, and Nicole Kidman.

His production credits include Executive Producer, Producer, &/or Director of 10 network television specials, 125 broadcast features, 180 world premieres, and ShoWest, as well as pioneering the use of new media in the entertainment industry. Well known in the industry for his creative deals, he has developed joint ventures with corporate giants such as Warner Bros., Paramount, Sony Pictures Entertainment, Disney, Universal, Fox, MSN, NBC, CBS, ABC, General Motors, Coca Cola, American Media, and Pepsi.

Wheatcroft held the position of President of the National Association of Theatre Owners of Cal/Nev and ShoWest, the world’s largest motion picture industry entertainment convention, representing the creative and technical interests of all major studios, theatre owners, and talent.  He was a founding member of the team who launched KEEN/INGENIO, a successful internet company that merges telephony with the internet (now owned by AT&T holdings).

Wheatcroft has lectured at the University of Southern California (USC) and has taught classes at The University of Alabama and at Birmingham-Southern College.  He has published academic papers in international journals on the economics of film tax incentives and regularly speaks at conferences.  He has been a voting member of the Academy of Motion Picture Arts & Sciences since 1993.