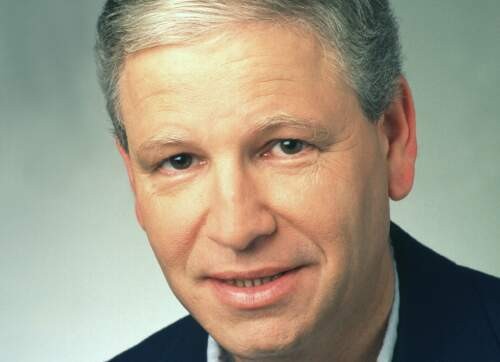 Menachem Mautner is the Danielle Rubinstein Professor of Comparative Civil Law and Jurisprudence at the Tel Aviv University, Faculty of Law. He was Dean of the Faculty. Mautner teaches at Tel Aviv University courses in the areas of contract law, jurisprudence, law and culture, state and religion, and multiculturalism.

Mautner obtained another LL.M. and a J.S.D. from Yale Law School. He received a Fulbright scholarship for his studies at Yale. While at Yale, he received the Myres S. McDougal Scholarship. Upon his return to Tel Aviv University he received the "Alon Scholarship" - a highly prestigious scholarship awarded each year to 10 young scholars from all universities in Israel that are expected to become exceptionally outstanding scholars.

As a professor at Tel Aviv University Mautner initiated the Law Faculty’s "Affirmative Action Program" that was later on adopted by all universities in Israel as part of their admissions programs. He also initiated the "Invitation to Law Program" for teaching law at elementary schools and high schools, particularly at poor communities.

As dean, Mautner led the most far-reaching curriculum change ever undertaken by the Faculty, as well as a fourfold expansion of the clinical program of the Faculty. In the course of Mautner’s tenure as dean, 8 new members were appointed to the Faculty.

Mautner is the author of six books:

"The Decline of Formalism and the Rise of Values in Israeli Law" (1993) – the most cited book on the far-reaching developments that have taken place in Israeli law in the past three decades.

"On Legal Education" (2002) – the book that paved the way to the change in the self-perception of Israel’s legal academy from one functioning as part of the field of legal practice to an academy working in close interdisciplinary cooperation with other academic disciplines.

His book "Law and Culture" on the application of culture theory to the study of law was published in 2008 (Bar Ilan University Press).

His book "Law and Culture in Israel at the Threshold of the Twenty-First Century" was published in 2008 (Tel Aviv University Press and Am-Oved Publishing). The book has been awarded the "Jonathan Shapiro Prize for Best Book of the Year, 2008" by the Association of Israel Studies.

In 2011 Mautner published “Law and the Culture of Israel” (Oxford University Press). Italian version, “Dirito e Cultura in Israele”, translated with an introduction by Daniela Bifulco and Fulvio Cortese, was published in 2014 in Milano by Franco Angeli.

In early 2018 Mautner’s book “Human Flourishing, Liberal Theory, and the Arts” is expected to be published by Routledge in its “Studies in Social and Political Thought Series”.

He currently works on “Liberalism in Israel: Its Past, Problems, and Futures”.

Mautner edited six books, including "Multiculturalism in a Democratic and Jewish State", “Legal Pluralism, Privatization of Law and Multiculturalism”, and "Distributive Justice in Israel".

Mautner published over 100 articles and chapters in books in Israel, the United States and Britain (including at the law reviews of Yale, Michigan and Cornell universities) in the areas of contract law, law and culture and multiculturalism.

In 2012 he was invited by Tel Aviv University Law Review to be the first scholar to write a “Forward” to the Law Review’s issue (a format adopted from Harvard Law Review).

Mautner served for eight years as the Editor-in Chief of the book series "Law, Society and Culture" published by the Faculty of Law, Tel Aviv University.

At Tel Aviv University, Mautner headed the Committee on the Establishment of a University Press. In 2006 he was elected by the university senate to serve on the search committee for electing the new president of the university. For six years he served as President of the Disciplinary Tribunal of the Academic and Administrative Staff.