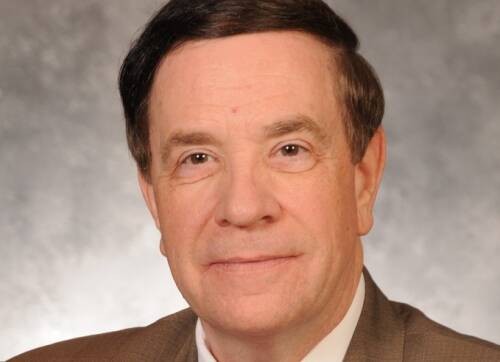 Jerry Byers has a MS in Chemistry, is retired director of research & development in metalworking, past STLE President 2012-2013, is a Certified Metalworking Fluids Specialist (CMFS), STLE Fellow, instructor in STLE education courses, and is editor and contributing author of three different editions of “Metalworking Fluids”.

Jerry Byers was the President of the Society of Tribologists and Lubrication Engineers (STLE) from 2012 to 2013, and has been active in this organization for over 35 years. He retired from Milacron’s Cimcool Industrial Fluids Division after 42 years with the company. His last position there was as Manager of Research and Development, and is a Milacron Fellow. He received his Bachelor degree in Chemistry from Ball State University, and a Master’s degree in Chemistry from the University of Cincinnati. He is a Certified Metalworking Fluid Specialist (CMFS) and an STLE Fellow.

Jerry has served on the Board of Directors of STLE, as an associate editor for Tribology Transactions, as a member of the STLE Metalworking Fluids Education and Training Subcommittee, and as an instructor in the Metalworking Fluids education courses for many years. He held several offices in the Cincinnati section of STLE, including Chairman and Treasurer.

He is married to Barbara A. Byers and they live in The Villages, Florida. Together they have a daughter, Laura, and two grandsons. 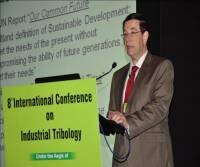 Jerry Byers cutting the ribbon to open the exhibits at the 8th International Conference on Industrial Tribology, Pune, India, December 2012

Three editions of the Metalworking Fluids book plus the translation into Chinese.