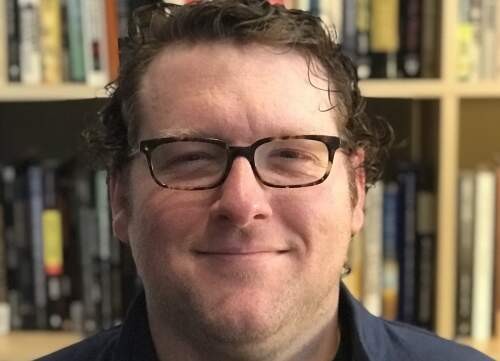 Robert E Gutsche Jr, Ph.D. (University of Iowa), is Senior Lecturer in Critical Digital Media Practice at Lancaster University (UK). A journalist since 1996, his scholarship surrounds the cultural and social meanings of news. He is particularly interested in the ways in which news media demarcate space and characterize place as ideological tools for imposing social control – especially as related to race.

Gutsche has presented more than 40 research papers at domestic and international conferences and has published scholarship in journals, including Journalism & Mass Communication Quarterly, Journalism: Theory, Practice, and Criticism, Journalism Practice, Journalism Studies, Visual Communication Quarterly, Visual Communication, and Journal of Urban Affairs. He is author of A Transplanted Chicago: Race, Place and the Press in Iowa City (McFarland, 2014), Media Control: News as an Institution of Power and Social Control (Bloomsbury, 2015/2017), coauthor (with Moses Shumow) of News, Neoliberalism and Miami’s Fragmented Urban Space (Lexington, 2016), coauthor (with Kristy Hess) of Geographies of Journalism: The Imaginative Power of Place in Making Digital News (Routledge, forthcoming), and coeditor (with Alina Rafikova) of Visual Culture for a Global Audience (Cognella, 2016). Gutsche is also editor of The Trump Presidency, Journalism, and Democracy (Routledge, 2018). His book, Trumpled: The Making of Trump and the Demonization of the Press (Bloomsbury), is due to publishers in 2018, as is Reinventing Journalism, Education, and Training: Addressing News as Power and Propaganda (Bloomsbury). Gutsche reviews for several academic publishers and scholarly journals and is Associate Editor of Journalism Practice.

Gutsche’s scholarship is aligned with influencing and critiquing journalism practice. In 2009, Gutsche worked as an interns director and multimedia reporter while he helped launch the online nonprofit Wisconsin Center for Investigative Journalism (WisconsinWatch.org). He co-founded the Iowa Center for Public Affairs Journalism (IowaWatch.org) that same year. Until January 2018, Gutsche was Assistant Professor in the College of Communication, Architecture + The Arts at Florida International University in Miami where he founded and led the Department of Journalism + Media’s Mobile Virtual Reality Lab and was Co-PI of FIU’s $300,000 Inter-disciplinary Educational E-immersive Production Studio.